This news story was published on January 11, 2012.
Advertise on NIT • Subscribe to NIT 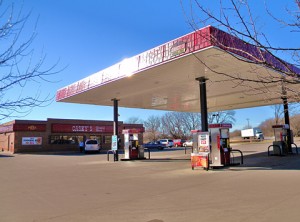 By Jody Spear and Kelley Meyer –

“We are doing this to better serve our community,” says Sherrie Oelschlager, Area Supervisor of Casey’s General Stores.

Along with convenience for the customer, it has provided more jobs.