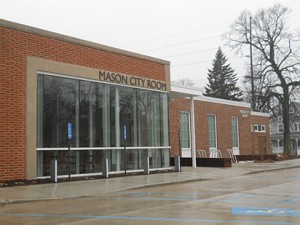 The Mason City City Council will meet at 4 p.m. Tuesday instead of the regular time of 7 p.m. due to the Republican caucuses that will be held this evening.

Read the packet for today’s meeting.

The three new City Council members, Alex Kuhn, John Lee and Jean Marinos, will be sworn in at the start of the meeting.

Blue Zones are back on the agenda.  A letter of support for the program will likely be signed by the Mayor, City Administrator and the Council.

Mayor Eric Bookmeyer is recommending appointments to boards.  Upon Council approval, Scott Tornquist would replace Max Weaver on the North Iowa Landfill Board.  Alex Kuhn and Tim Latham would be appointed to the Environmental Stewardship Advisory Commission and John Lee would be reappointed to the Historic Preservation Commission.