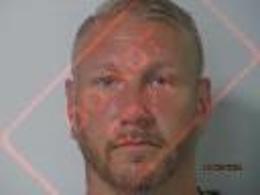 CEDAR RAPIDS - A Waterloo man involved in a Mexico-based drug trafficking organization was sentenced on January 6, 2023, to 29 years in federal prison.

CEDAR RAPIDS – A Waterloo man involved in a Mexico-based drug trafficking organization was sentenced on January 6, 2023, to 29 years in federal prison.

Anthony Howard Amundson, age 40, from Waterloo, Iowa, received the prison term after a June 3, 2022 guilty plea to one count of conspiracy to distribute a controlled substance.

Evidence at sentencing showed that, from 2017 to January 2020, Amundson was a member of a Mexico‑based drug trafficking organization that was distributing methamphetamine in the Waterloo, Iowa area. Amundson was in and out of state custody during that time period; however, when in the community, Amundson distributed several kilograms of methamphetamine imported from Mexico. Amundson was intercepted on a wiretap communicating directly with the Mexico‑based source of supply. Amundson exercised a leadership role over another member of the drug trafficking organization.

Amundson is being held in the United States Marshal’s custody until he can be transported to a federal prison.