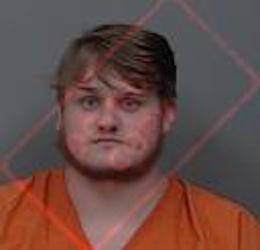 CEDAR RAPIDS – An Iowa felon has been sent back to prison after hard drinking and baseball bat threats to a woman he knocked out of a chair.

John Michael Gronen, age 24, received an 18-month prison term on June 21 after he admitted that he repeatedly violated the terms of his supervised release from federal prison, including by committing new law violations of domestic abuse. At the time of the domestic abuse incident, Gronen was serving a three-year term of supervised release that followed his release from federal prison in 2020. Gronen had pled guilty in 2017 to making a false declaration before a grand jury and received a 27-month prison sentence. He started his three-year supervised release term in late 2020.

Evidence presented at the supervised release hearing showed that, on June 1, 2022, Dubuque Police Department officers responded to a phone call from Gronen’s girlfriend. During the call, Gronen’s girlfriend repeatedly pleaded with him to put down a baseball bat that he was holding.

After the officers arrested Gronen, he made a number of calls from local jails asking two other persons to relay messages to the victim and also to encourage the victim to change her story about the bat. During the supervised release hearing, however, Gronen admitted he displayed the bat during the argument.

Gronen was drinking hard liquor at the time of the domestic incident, which was a violation of the terms of his supervised release. He broke a window during the argument and knocked over a chair in which the victim was sitting. Previously, Gronen was also arrested for other alcohol-related offenses while on supervised release, including drunk driving and public intoxication.

Gronen was sentenced in Cedar Rapids by United States District Court Judge Linda R. Reade. During the revocation hearing, the judge referred to Gronen as an “extreme danger to the community.” Gronen was sentenced to 18 months’ imprisonment. He must also serve a one-year term of supervised release after the prison term. There is no parole in the federal system.