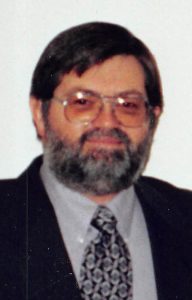 Reuben William Krueger was born March 29, 1948, in Sioux City, Iowa to Rosie (Border) and Reuben Krueger. He passed away December 20, 2021, at North Iowa Medical Center in Mason City, Iowa. He was raised in South Sioux City, Nebraska and graduated from there in 1966. He worked at Zenith in Sioux City, Green Giant in Blue Earth, Minnesota, Schafer Fiberglass in Buffalo Center, Iowa and Winnebago Industries in Forest City, Iowa.

Reuben met Alvina Laabs and they married September 23, 1977. His life changed drastically that day. At the age of 29 he became a husband, a father to Alvina’s four sons, a father-in-law, and a grandpa to four grandkids. In 1979, they moved to Algona, Iowa where he took a job at Snap-On Industries. Reuben had an exemplary work ethic. He rarely missed a day of work and was a most devoted employee. He worked there 33 years before retiring in 2013.

Reuben was a homebody. He loved TV – never missing a football game of his favorite teams, the Iowa State Cyclones or the Chicago Bears. Reuben loved his many house dogs over the years and his cat Ruby. He loved music of all kinds and had hundreds of CDs. He had a stereo sound system that nearly blew the windows out of the house. Reuben loved everything Christmas and sometimes put out decorations before Thanksgiving. We remember dancing in the basement to “Grandma Got Run Over by a Reindeer.” Reuben was such a prankster and liked to make people laugh. However, sometimes his jokes were a bit off color and full of dry humor.