Leading the way was All-American Ashley Joens, who finished with 27 points and a season-high 15 rebounds for her second double-double on the year. Joining Joens in double-figures was Morgan Kane, who was an efficient 4-of-6 from the field got 13 points and hauled in four boards. Emily Ryan added 12 points off 4-of-7 shooting and led ISU with five dimes, while Aubrey Joens added a career-high 10 rebounds.

How It Happened
The Cyclones began the game on an 8-0 run and would not look back, jumping out to a 26-9 lead at the end of the first quarter. The Cyclones were clicking on all cylinders, shooting 52.9 percent from the field in the first quarter with five different Cyclones getting on the scoreboard. Even more impressive than ISU’s shooting performance, was their rebounding, as the Cyclones outrebounded Charlotte 13-1 in the first stanza.

Iowa State would maintain its double-digit lead in the second quarter, heading into the locker room up by 15, 39-24. The Cyclones were paced by Ashley Joens, who scored 12 points and hauled in a game-high seven boards.

In the second half, Charlotte would try and mount a comeback, pulling the game within single digits for the first time since the 5:24 mark in the first quarter, but each time the Cyclones had an answer to stave off a resurgence. Iowa State would hold on for the 75-59 win.

Player of the Game
Ashley Joens. Joens was too much to handle for Charlotte as she went 8-of-19 from the field for a game-high 27 points. She grabbed her second double-double of the season with 15 rebounds. Joens also tied her season-high with five triples against the 49ers.

Up Next
Iowa State advances to take on the winner of Penn State vs. St. John’s on Saturday, Nov. 27 at 6:30 p.m. in the semifinal game at the Gulf Coast Showcase, All the games will be streamed on FloHoops. 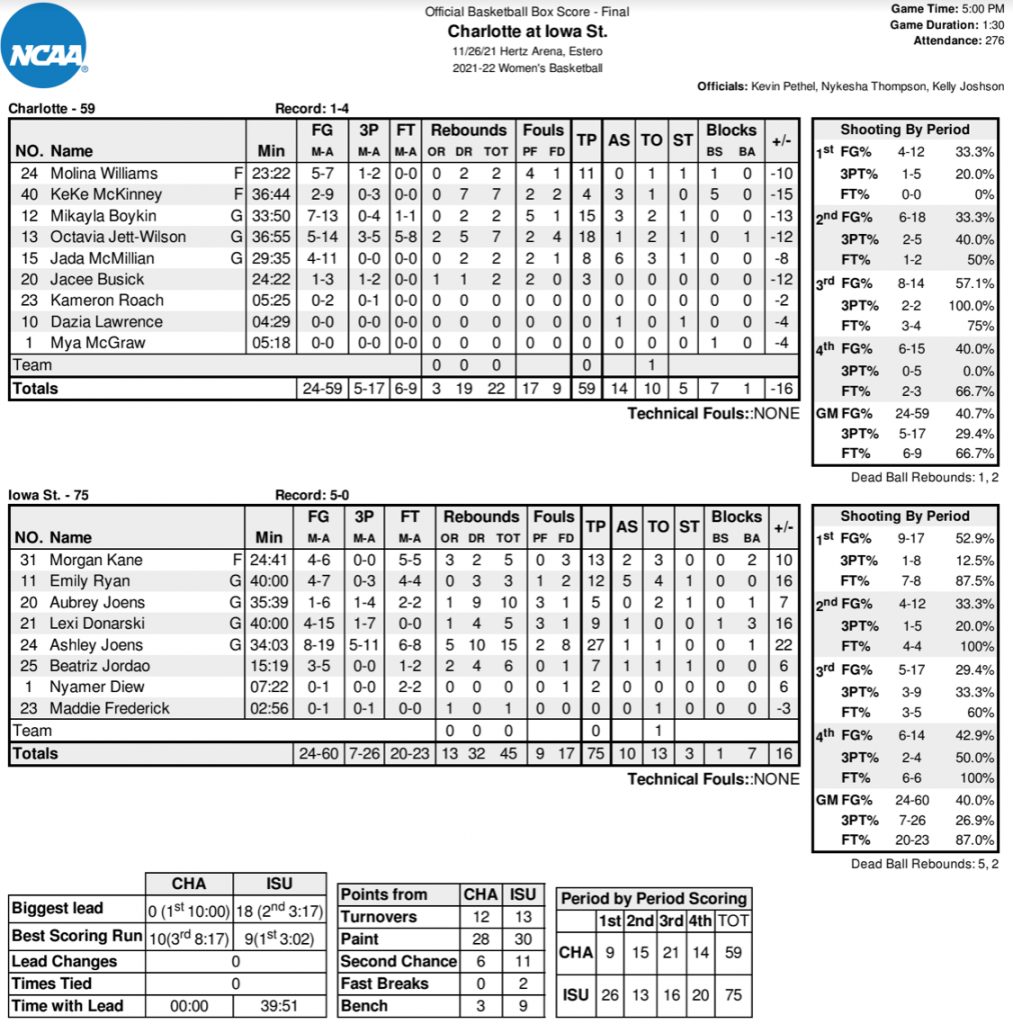