Connor McCaffery dished out a game and season-high seven assists.

The Murray twins combined for 26 of Iowa’s 31 first-half points. Keegan netted 21 points, while Kris had five points in the first half.

Iowa improved to 87-2 when holding opponents to fewer than 61 points over the last 12 seasons.

The Hawkeyes had a 10-0 scoring run in the second half. Iowa has had scoring runs of 10-0 or more a combined nine times in six games.

Tonight was the first meeting between the two teams.

Iowa (6-0) will play at Virginia (5-2) in the Big Ten/ACC Men’s Basketball Challenge on Monday. Tipoff is scheduled for 6:01 p.m. (CT) at Jon Paul Jones Arena in Charlottesville, Virginia. 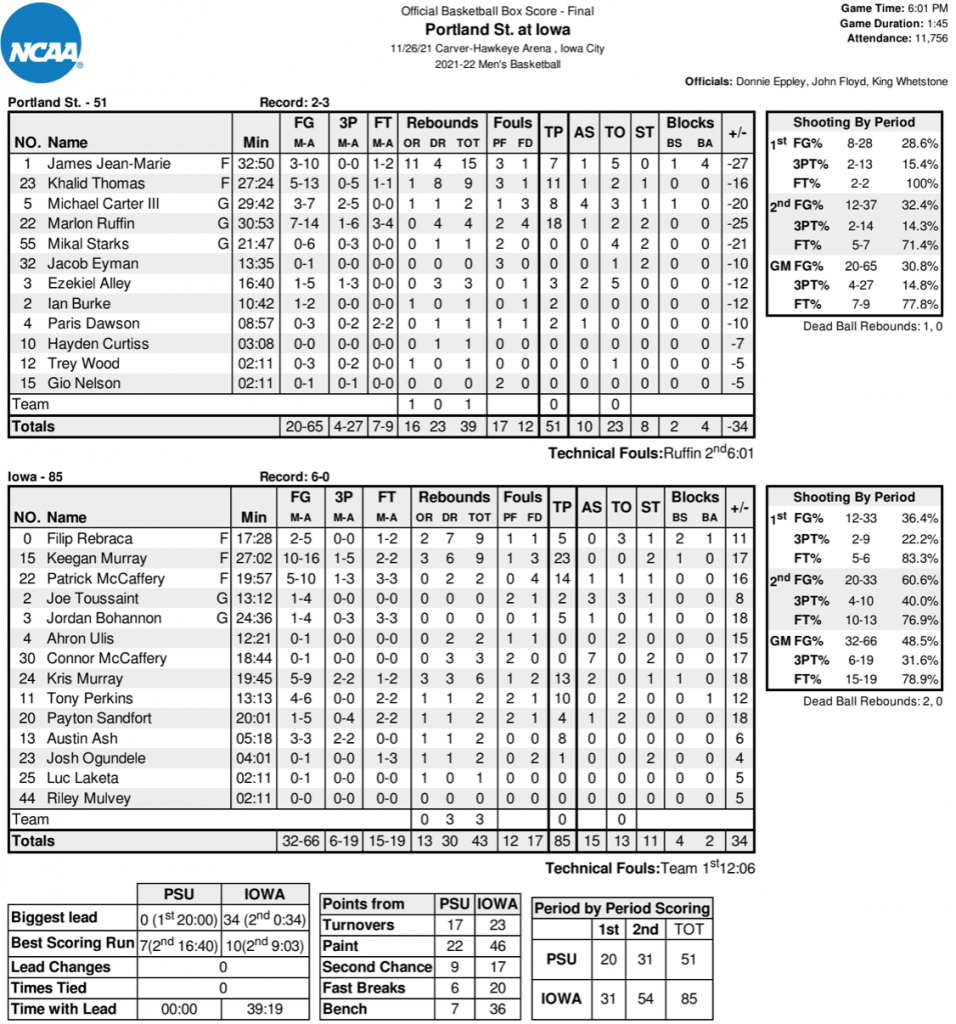