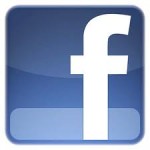 Hoping to win a bigger share of big-name advertising dollars, Facebook on Monday outlined a new effort to track the influence of online advertising on consumer purchases in the offline world. But the effort has caused privacy advocates to raise the alarm.

The giant social network said it’s working with a market analytics firm, Datalogix, to measure how often users see a product advertised on Facebook and then purchase that product later in a retail store. Datalogix says it uses information from customer loyalty programs and other sources to track purchases by more than 100 million households at more than 1,200 retailers in the offline, brick-and-mortar world.

With the new effort, formally unveiled at an advertising conference in New York, Facebook is hoping to set itself apart from rivals like Google, which has built a huge business in part by showing advertisers how often people click on an ad to get information or make a purchase immediately, while they’re still online.

But even though Facebook says it only compares encrypted information with Datalogix, privacy groups are criticizing the new effort and some of Facebook’s other recent attempts to build its advertising business by helping marketers target Facebook users.

In all three programs, Facebook says it only uses encrypted versions of users’ identifying information, without sharing any actual details about individuals. But some critics worry that Facebook and its advertisers will be able to accumulate detailed profiles of individuals and their online behavior.

After word of Facebook’s partnership with Datalogix surfaced in news reports, two privacy groups sent a letter to the Federal Trade Commission last week. The groups urged the FTC to investigate whether the arrangement violates a 2011 legal settlement in which Facebook agreed to notify users when it shares their data and to obtain users’ consent before sharing information in a way that exceeds the privacy options a user has previously selected.

Facebook’s efforts to “anonymize” the user data it shares with Datalogix may not be sufficient, according to advocates at the Electronic Privacy Information Center and the Center for Digital Democracy, who sent the letter.

After the groups complained, Facebook published a blog post Sunday that described its new ad programs, while reiterating that it does not share individual user data with Datalogix or any outside companies. In a statement Monday, the company added, “We are confident that we are in compliance with our legal obligations.”

Facebook said it compares lists of encrypted data, containing bits of text known as “hashes,” from its own advertising system and from Datalogix. The hashes are based on identifying information, such as an email address, so an analytics program can find those cases where the same person has been shown an ad on Facebook and later made a purchase at a store.

But the encryption can’t be reversed, so the hashes can’t reveal an individual’s actual email address or any other personal information, according to the post by Facebook privacy engineer Joey Tyson. He said Datalogix uses the results to create “aggregate reports” about groups of people who were shown certain ads.

“Advertising helps keep Facebook free,” Tyson added. “We believe we can create value for the people who use our services every day by offering relevant ads that also incorporate industry-leading privacy protections.”

Facebook is under pressure to expand its advertising business, after its stock price plunged amid signs the company’s growth has slowed. The Datalogix program is aimed at big-name consumer brand advertisers who want to build recognition for their products, even if they don’t sell online.

The information from Datalogix can help advertisers see which ads work, as well as decide when and how often to run those ads, according to Facebook.

Some advertisers have felt Facebook ads aren’t as effective as ads on other websites when it comes to producing immediate “clicks,” said Debra Aho Williamson, an analyst with the research firm eMarketer. “So Facebook needs to have other metrics to show their ads succeed.”