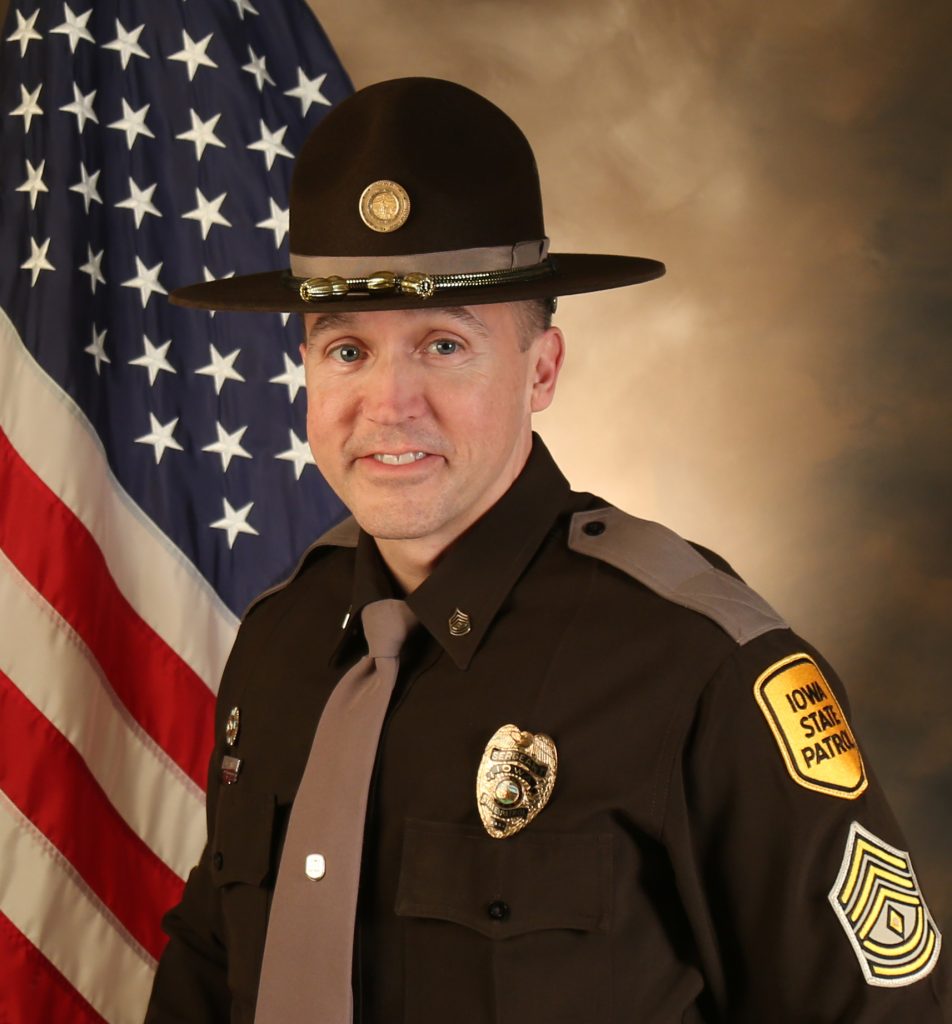 On Friday, April 9, 2021, Iowa State Patrol Sergeant Jim Smith #462, a 27-year-veteran of the Patrol, was shot and killed while attempting to arrest a barricaded subject in Grundy County.

Law enforcement responded to the area of the assault. A Grundy County Deputy arrived on scene and witnessed the Officer recovering from the assault and Lang in the area of the Officer’s patrol vehicle. The Deputy drew his weapon and gave commands to Lang to put his hands up. Lang did not comply, stating, “Come get me,” and subsequently got into his vehicle and fled the area.

The Deputy pursued Lang back into Grundy Center but lost sight of him. The Deputy went to Lang’s residence located at 305 G Avenue, saw Lang’s vehicle parked in the driveway, and Lang walking into the residence through the garage. The Deputy requested assistance from other law enforcement officers. Responding law enforcement set up a perimeter around the house. Lang’s father arrived at the house and advised law enforcement that Lang had multiple firearms inside the residence, including a .410 shotgun.

Trooper Smith began his career as a member of the Department of Public Safety’s 19th Basic Academy in 1993. Upon graduation, he was first stationed in Fairfield – District 13, and in 1996 relocated to District 10 – Oelwein. Trooper Jim Smith was proud and humbled by his position as an Iowa State Trooper. He consistently performed his duties everyday with the motoring public safety his number one priority, along with having the “I can make a difference” mindset. He has taken on the role of leader with the Area C Tactical Team, devoting time on and off duty, to complete the tactical team mission.

Gov. Reynolds released the following statement following the death of Iowa State Patrol Sgt. Jim Smith who was killed in the line of duty in Grundy Center on the evening of Friday, April 9, 2021:

“It’s with deep sorrow that we recognize the loss of Iowa State Patrol Sgt. Jim Smith, a courageous hero who died in the line of duty,” said Gov. Reynolds. “Sgt. Jim Smith was a loving husband, father of two, and a pillar of the community. I along with the entire state of Iowa grieve for his family and friends as they try to cope with this devastating loss. Today we are once again reminded of the selfless sacrifices the brave men and women in uniform make. Let us never forget their bravery and that of their loved ones.”

Gov. Reynolds will order all flags in Iowa be flown at half-staff from sunrise to sunset on the day of interment in honor and remembrance of this fallen hero. Details will be forthcoming.