CEDAR RAPIDS – A man who possessed photographs and at least six videos containing child pornography, and who communicated with others online in an attempt to obtain additional nude photographs of children, was sentenced today to more than 15 years in federal prison.

Dustin Herhold, age 27, from Waterloo, Iowa, received the prison term after an August 6, 2020 guilty plea to the attempted sexual exploitation of a child.

In a plea agreement, Herhold admitted that between September 20, 2019, and October 1, 2019, he used a chat application to request nude photos of a twelve-year old child. He also admitted to possessing nude photographs of children on a tablet.

Herhold was sentenced in Cedar Rapids by United States District Court Judge C.J. Williams. Herhold was sentenced to 188 months’ imprisonment and fined $100. He must also serve a 5-year term of supervised release after the prison term and register as a sex offender. There is no parole in the federal system.

Herhold is being held in the United States Marshal’s custody until he can be transported to a federal prison.

The case was prosecuted by Assistant United States Attorney Liz Dupuich and investigated by the Department of Homeland Security – Investigations. 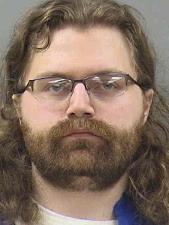