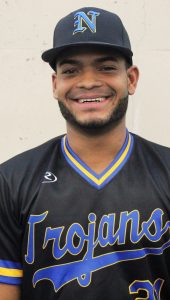 On Wednesday, the sophomore from the Domincan Republic has been selected as the NJCAA Division II national player of the week for the week of April 30-May 6.

On Tuesday, Encarnacion was selected as the ICCAC player of the week.

Encarnacion, a second baseman, hit .473 last week with five home runs and 12 RBIs. He had a two-homer game on both days of the four-game series against Ellsworth.

Encarnacion joined the NIACC baseball 100-hit club in the Ellsworth series. He has 105 career hits, which ranks 20th on the school’s all-time list.