Motown the Musical coming to NIACC in October 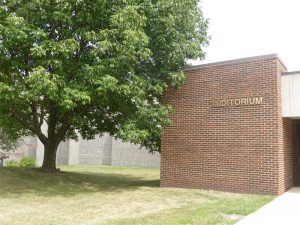 MASON CITY – The Pritchard Broadway Series proudly presents Motown the Musical, at the North Iowa Community Auditorium on the NIACC campus at 7:00 p.m. on Wednesday, October 25th, and Thursday, October 26th, 2017. This presentation is part of the 2017-2018 Performing Arts and Leadership Series for the 20th Anniversary Season.

The hit Broadway musical features music and lyrics from the legendary Motown catalogue and is produced by Kevin McCollum, Doug Morris and Motown Founder Berry Gordy.

Featuring all the classics you love, Motown tells the story behind the hits as Diana, Smokey, Berry and the whole Motown family fight against the odds to create the soundtrack of change in America. Motown shattered barriers, shaped our lives and made us all move to the same beat.

To learn more about Motown the Musical visit their website at www.MotownTheMusical.com or watch a video at http://www.niacc.edu/palvideos

Be sure to stop by our concessions table for a light snack and a glass of beer, wine or soda before the show or during intermission. Proceeds support NIACC activities groups across campus.

The Broadway sponsor for the 2017-2018 Performing Arts and Leadership Series is Pritchard Family Auto Stores.