Illegal alien who beat daughter with belt faces prison for re-entering U.S. to live in Iowa

SIOUX CITY – An illegal alien from Guatemala who was kicked out of the United States but then came back to Iowa and was caught by police after he beat his daughter with a belt for refusing to do laundry now faces prison.

Ricardo Cordova-Larios, age 42 from Guatemala, was convicted by a jury on July 18, 2017, after a 1 ½-day trial in federal court in Sioux City of illegally residing in the United States – namely, Sioux City. The verdict was returned following about 30 minutes of jury deliberations.

The Sioux City Journal reported that Cordova-Largos was arrested by police on or about April 10 of this year for beating his daughter with a belt and leaving bruises “all over her body” for refusing to do laundry.  He was then put on hold by the U.S. Marshall.

Sentencing before United States District Court Chief Judge Leonard T. Strand will be set after a presentence report is prepared. Cordova-Larios remains in custody of the United States Marshal and will remain in custody pending sentencing. Cordova-Larios faces a possible maximum sentence of two years’ imprisonment, a $250,000 fine, $100 in special assessments, and up to one year of supervised release following any imprisonment.

The case is being prosecuted by Assistant United States Attorney Shawn S. Wehde and was investigated by U.S. Immigration and Customs Enforcement. 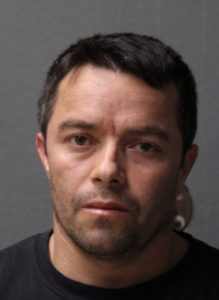 3 Responses to Illegal alien who beat daughter with belt faces prison for re-entering U.S. to live in Iowa