Opinion: Cerro Gordo GOP leader OK with investigation even though there was “no collusion with Trump and the Russians”

This news story was published on May 19, 2017.
Advertise on NIT • Subscribe to NIT 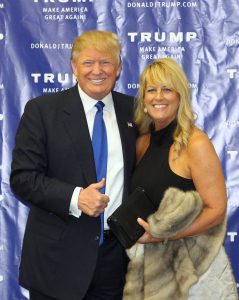 As an American, I am looking forward to this ‘investigation’, even though FBI James Comey has already confirmed there was no collusion with Trump and the Russians.

When I say I’m looking forward to this investigation, let’s actually go back (10 years or more?) and get the full Russian interference. Remember when then candidate Obama laughed at Mitt Romney and told him that ‘the Cold War is over’ and there is nothing to fear with Russia? Remember when B and H Clinton gave aid and Uranuim to Russia and she pushed a ‘red reset button’ on March 24, 2010 and stated, “Our goal is to help strengthen Russia’.

Remember when Bill Clinton received $500,000 on June 29, 2010, three weeks after the Uranium deal, for being a ‘keynote speaker’ in Moscow? Remember when President Obama was overheard on a hot mic telling a Russian official, on March 26, 2012, ‘After the election, I have more flexibility’.

I didnt think so, because you see, there is a tendency to forget. That’s what we do. Let’s keep speaking the truth, until all the truth comes out and Justice Is Served!

47 Responses to Opinion: Cerro Gordo GOP leader OK with investigation even though there was “no collusion with Trump and the Russians”