MASON CITY – A Mason City man who has served time for drunk driving was involved in a collision at the courthouse on voting day and taken to jail.

The accident happened on Tuesday morning, November 8 at about 10:30 AM, at the Cerro Gordo county courthouse. Mason City police responded and after a collision, arrested 66-year-old Eric Jon Kittleson of Mason City on a charge of second-offense operating while intoxicated.

Kittleson was taken to the county jail, booked and then released as he awaits a court date on November 28.

Kittleson was guilty of second-offense operating while intoxicated back in 2012 after another arrest by the MCPD.  He served a 7-day jail sentence and paid $2,697.50 in fines and fees. 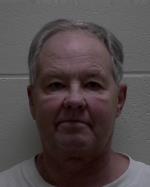