This news story was published on November 26, 2015.
Advertise on NIT • Subscribe to NIT

DES MOINES – A man convicted of arson and other crimes after he burned up a stolen pickup truck lost his appeal.

Michael Dean Anderson of Clear Lake contended that he did not admit that he committed arson after he stole a pickup truck from Northern Stone and Landscape on October 27, 2014, a vehicle worth more than $1,000. Wilson admitted to the district court that on October 28, 2014, he “was driving a truck that was previously taken,” and while he was messing with the wires in the dashboard, “sparks flew all over” and started a fire damaging the truck. He fled the scene without attempting to put out the fire, and he intended to cause damage to the property.

Wilson had earlier burglarized the Econo Foods pharmacy in Clear Lake before he stole the pickup truck. Before making the arrest of Wilson, Clear Lake Police took a report that he was just South of Clear Lake in a truck matching the description of the stolen vehicle. Soon thereafter, Wilson was located in the truck in a corn field. Officers tried to apprehend him but he drove out of the corn field and the truck was later found in the ditch at 240th Street and Hickory Avenue in Clear Lake. The cab of the truck was fully engulfed in flames but Wilson was not in the truck. The next day, Wilson was apprehended by CLPD.

After Wilson’s guilty plea, a sentencing hearing was held, after which the court adopted the sentencing recommendation of the state, running the sentences consecutively except for the two sentences for third-degree burglary and second-degree criminal mischief, which were run concurrently, for a total of fifty-five years. The sentences subject to the habitual offender enhancements each had a mandatory minimum of three years. The court imposed the minimum fine in the arson conviction and ordered Wilson to pay restitution to the victims.

On appeal, Wilson contended the district court improperly relied upon an unproven offense. However, the Iowa Court of Appeals found no error in the judge’s sentencing of Wilson, and his sentence was upheld. 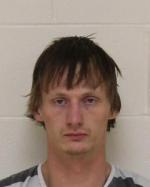