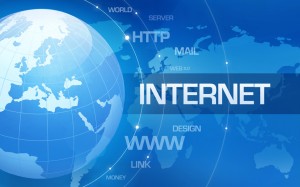 WASHINGTON, D.C. – Ending lingering uncertainty about the future of the Open Internet, the Federal Communications Commission today set sustainable rules of the roads that will protect free expression and innovation on the Internet and promote investment in the nation’s broadband networks.

The FCC has long been committed to protecting and promoting an Internet that nurtures freedom of speech and expression, supports innovation and commerce, and incentivizes expansion and investment by America’s broadband providers. But the agency’s attempts to implement enforceable, sustainable rules to protect the Open Internet have been twice struck down by the courts.

Today, the Commission—once and for all—enacts strong, sustainable rules, grounded in multiple sources of legal authority, to ensure that Americans reap the economic, social, and civic benefits of an Open Internet today and into the future. These new rules are guided by three principles: America’s broadband networks must be fast, fair and open—principles shared by the overwhelming majority of the nearly 4 million commenters who participated in the FCC’s Open Internet proceeding.

Absent action by the FCC, Internet openness is at risk, as recognized by the very court that struck down the FCC’s 2010 Open Internet rules last year in Verizon v. FCC.

Broadband providers have economic incentives that “represent a threat to Internet openness and could act in ways that would ultimately inhibit the speed and extent of future broadband deployment,” as affirmed by the U.S. Court of Appeals for the District of Columbia. The court upheld the Commission’s finding that Internet openness drives a “virtuous cycle” in which innovations at the edges of the network enhance consumer demand, leading to expanded investments in broadband infrastructure that, in turn, spark new innovations at the edge.

However, the court observed that nearly 15 years ago, the Commission constrained its ability to protect against threats to the open Internet by a regulatory classification of broadband that precluded use of statutory protections that historically ensured the openness of telephone networks. The Order finds that the nature of broadband Internet access service has not only changed since that initial classification decision, but that broadband providers have even more incentives to interfere with Internet openness today. To respond to this changed landscape, the new Open Internet Order restores the FCC’s legal authority to fully address threats to openness on today’s networks by following a template for sustainability laid out in the D.C. Circuit Opinion itself, including reclassification of broadband Internet access as a telecommunications service under Title II of the Communications Act.

With a firm legal foundation established, the Order sets three “bright-line” rules of the road for behavior known to harm the Open Internet, adopts an additional, flexible standard to future-proof Internet openness rules, and protects mobile broadband users with the full array of Open Internet rules. It does so while preserving incentives for investment and innovation by broadband providers by affording them an even more tailored version of the light-touch regulatory treatment that fostered tremendous growth in the mobile wireless industry.

Following are the key provisions and rules of the FCC’s Open Internet Order:

While the FCC’s 2010 Open Internet rules had limited applicability to mobile broadband, the new rules— in their entirety—would apply to fixed and mobile broadband alike, recognizing advances in technology and the growing significance of wireless broadband access in recent years (while recognizing the importance of reasonable network management and its specific application to mobile and unlicensed Wi- Fi networks). The Order protects consumers no matter how they access the Internet, whether on a desktop computer or a mobile device.

The bright-line rules against blocking and throttling will prohibit harmful practices that target specific applications or classes of applications. And the ban on paid prioritization ensures that there will be no fast lanes.

A Standard for Future Conduct: Because the Internet is always growing and changing, there must be a known standard by which to address any concerns that arise with new practices. The Order establishes that ISPs cannot “unreasonably interfere with or unreasonably disadvantage” the ability of consumers to select, access, and use the lawful content, applications, services, or devices of their choosing; or of edge providers to make lawful content, applications, services, or devices available to consumers. Today’s Order ensures that the Commission will have authority to address questionable practices on a case-by- case basis, and provides guidance in the form of factors on how the Commission will apply the standard in practice.

Greater Transparency: The rules described above will restore the tools necessary to address specific conduct by broadband providers that might harm the Open Internet. But the Order recognizes the critical role of transparency in a well-functioning broadband ecosystem. In addition to the existing transparency rule, which was not struck down by the court, the Order requires that broadband providers disclose, in a consistent format, promotional rates, fees and surcharges and data caps. Disclosures must also include packet loss as a measure of network performance, and provide notice of network management practices that can affect service. To further consider the concerns of small ISPs, the Order adopts a temporary exemption from the transparency enhancements for fixed and mobile providers with 100,000 or fewer subscribers, and delegates authority to our Consumer and Governmental Affairs Bureau to determine whether to retain the exception and, if so, at what level.

The Order also creates for all providers a “safe harbor” process for the format and nature of the required disclosure to consumers, which the Commission believes will lead to more effective presentation of consumer-focused information by broadband providers.

Reasonable Network Management: For the purposes of the rules, other than paid prioritization, an ISP may engage in reasonable network management. This recognizes the need of broadband providers to manage the technical and engineering aspects of their networks.

Some data services do not go over the public Internet, and therefore are not “broadband Internet access” services (VoIP from a cable system is an example, as is a dedicated heart-monitoring service). The Order ensures that these services do not undermine the effectiveness of the Open Internet rules. Moreover, all broadband providers’ transparency disclosures will continue to cover any offering of such non-Internet access data services—ensuring that the public and the Commission can keep a close eye on any tactics that could undermine the Open Internet rules.

For the first time the Commission can address issues that may arise in the exchange of traffic between mass-market broadband providers and other networks and services. Under the authority provided by the Order, the Commission can hear complaints and take appropriate enforcement action if it determines the interconnection activities of ISPs are not just and reasonable.

The Order provides the strongest possible legal foundation for the Open Internet rules by relying on multiple sources of authority including both Title II of the Communications Act and Section 706 of the Telecommunications Act of 1996. At the same time, the Order refrains – or forbears – from enforcing 27 provisions of Title II and over 700 associated regulations that are not relevant to modern broadband service. Together Title II and Section 706 support clear rules of the road, providing the certainty needed for innovators and investors, and the competitive choices and freedom demanded by consumers, while not burdening broadband providers with anachronistic utility-style regulations such as rate regulation, tariffs or network sharing requirements.

 First, the Order reclassifies “broadband Internet access service”—that’s the retail broadband service Americans buy from cable, phone, and wireless providers—as a telecommunications service under Title II. This decision is fundamentally a factual one. It recognizes that today broadband Internet access service is understood by the public as a transmission platform through which consumers can access third-party content, applications, and services of their choosing. Reclassification of broadband Internet access service also addresses any limitations that past classification decisions placed on the ability to adopt strong open Internet rules, as interpreted by the D.C. Circuit in the Verizon case. And it supports the Commission’s authority to address interconnection disputes on a case-by-case basis, because the promise to consumers that they will be able to travel the Internet encompasses the duty to make the necessary arrangements that allow consumers to use the Internet as they wish.

Congress requires the FCC to refrain from enforcing – forbear from – provisions of the Communications Act that are not in the public interest. The Order applies some key provisions of Title II, and forbears from most others. Indeed, the Order ensures that some 27 provisions of Title II and over 700 regulations adopted under Title II will not apply to broadband. There is no need for any further proceedings before the forbearance is adopted. The proposed Order would apply fewer sections of Title II than have applied to mobile voice networks for over twenty years.

All of this can be accomplished while encouraging investment in broadband networks. To preserve incentives for broadband operators to invest in their networks, the Order will modernize Title II using the forbearance authority granted to the Commission by Congress—tailoring the application of Title II for the 21st century, encouraging Internet Service Providers to invest in the networks on which Americans increasingly rely.