This news story was published on March 15, 2014.
Advertise on NIT • Subscribe to NIT

MASON CITY – A Mason City woman who pled guilty to credit card fraud last year was arrested Friday on a warrant for allegedly violating her probation.

Nora Springs police picked up Julie Ann Melton, age 38, in Charles City on the warrant related to a public intoxication charge brought by Mason City police in February. She pled guilty to that charge and owes $205.00 in court fees and fines.

Melton pled guilty to the crime of unauthorized use of a credit card, an aggravated misdemeanor, on April 12th, 2013 and received a deferred judgement, community service and a fine, along with a year of probation.

Melton is being held in the Cerro Gordo County Jail on $2,000 cash-only bond as she awaits an April 4, 2014 court hearing. 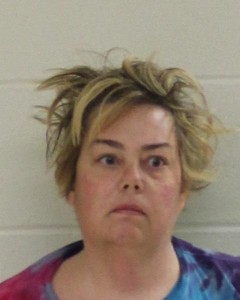