PLYMOUTH – Police investigated a burglary in the small North Iowa town of Plymouth late Sunday, which led them to bust an underage party with alcohol and drugs.

According to the Cerro Gordo County Sheriff’s Office, Sunday at about 11:38 PM, deputies were sent to investigate a complaint of suspicious subjects possibly breaking into construction trailers in Plymouth. Deputies arrived on the scene and investigated the complaint.

During the investigation, officers were led to 1308 Broad Street in Plymouth. At that residence, deputies located a small party with underage person present. Police said there was a “strong odor” of marijuana at the party. Deputies obtained written permission to search the property from the homeowners, Mary and William Oz.

As a result of the search, Jacob Lee Lenz, age 23 of Plymouth, was arrested on charges of felony D possession with intent to deliver marijuana , felony D failure to affix a tax stamp, and misdemeanor possession of drug paraphernalia.

Lenz is now being held on a $5,000 cash/surety bond at the Cerro Gordo County Jail.

Lenz plead guilty to assault in 2012 and was ordered to pay $438.50 in fines and fees by Iowa courts. He has paid only $51.00 since then, and the unpaid balance has been sent to a third party debt collection service.

Another underage party was stopped late Saturday in Plymouth, this one at 805 River Street. Several subjects were cited under county ordinance #51 and given juvenile referrals. One subject also cited for possession of drug paraphernalia. 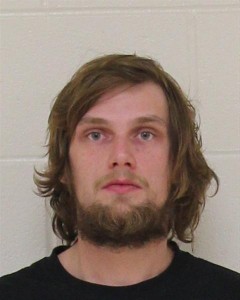