This news story was published on May 31, 2013.
Advertise on NIT • Subscribe to NIT

DES MOINES – An Iowa Appeals Court on Thursday upheld the conviction of a Mason City woman on an operating while intoxicated charge.

Lisa Ann Bailey, 41, was convicted by a jury in Cerro Gordo County court on April 20th, 2012 of a charge of operating while intoxicated brought by Mason City police after an incident on February 19th, 2011.  Bailey was sentenced to one year in jail, with all but thirty days suspended, as well as thirty days for two of the traffic violations – which included leaving the scene of an accident, striking an unattended vehicle and open container of alcohol – to be run concurrently.

The court affirmed the conviction Thursday, disagreeing with Bailey’s argument that “Sentencing decisions of the district court are cloaked with a strong presumption in their favor. Where, as here, a defendant does not assert that the imposed sentence is outside the statutory limits, the sentence will be set aside only for an abuse of discretion. An abuse of discretion is found only when the sentencing court exercises its discretion on grounds or for reasons clearly untenable or to an extent clearly unreasonable.”

Bailey was represented by Colin C. Murphy of Clear Lake.

The Appeals Court agreed with district court judge James M. Drew, who at the time of sentencing told Bailey that “You have a prior conviction for this offense. You smashed into a parked vehicle, causing significant property damage. You then left the scene. You then lied about your involvement. You had what I would consider to be on the higher side of tests. Obviously, I’ve seen a lot higher but I’ve seen a lot lower. It’s nothing to sneeze at. And, quite frankly, of all the things I’ve heard this morning the most surprising is you telling me that you still maintain your innocence. I would classify the evidence against you in this case as absolutely overwhelming of your guilt, and I am mystified as to how you can stand here in front of me today and still maintain that you weren’t driving drunk. That just amazes me. And so even yet today we do have a lack of acceptance of responsibility for your actions, and that cannot be ignored.” 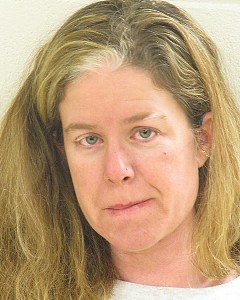