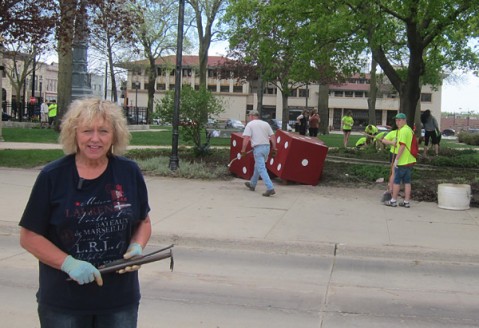 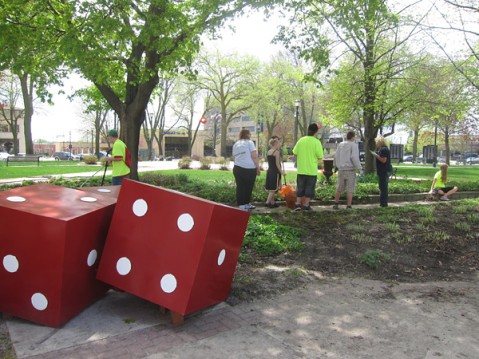 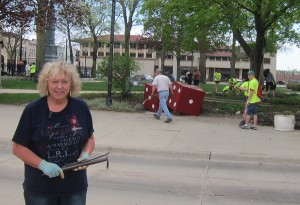 Kitty Clasing directs volunteers with the Youth Task Force as they clean and repair a garden in Central Park.

MASON CITY – In the wake of the assault on a beautiful perennial garden in Central Park by Robin Anderson, child volunteers with the Youth Task Force were in downtown Mason City Wednesday trying to salvage what was left.

“We lost a lot” of valued perennial flowers, said Kitty Clasing, who was directing the children as they swept, watered and raked in the vicinity of three large red gambling dice that Anderson bulldozed a spot for, in the garden.

“We’ve been tending this garden for years,” said Clasing, a well-known volunteer in the community. Clasing hopes that the garden can be repaired and put back the way it was.

After the volunteers were finished with the gardening, they headed to the Music Man Square for ice cream. 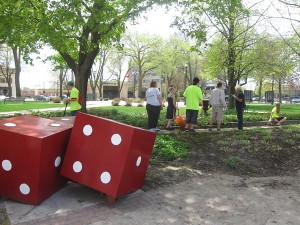 21 Responses to Volunteers clean up, repair garden in Central Park