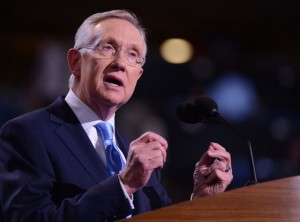 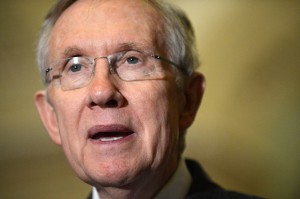 Reid, speaking of House GOP leaders’ plan to hold a 37th vote on repealing the Affordable Care Act — commonly known as “Obamacare” — cited a statement often attributed to Albert Einstein, that insanity is defined as “doing the same thing over and over again and expecting different results.”

“If that’s true, the House Republicans have truly lost their minds,” Reid said in a speech on the Senate floor.

Noting that House Speaker John Boehner, R-Ohio, said after the 2012 election “Obamacare is the law of the land,” Reid said, “Tea Party extremists bullied the speaker into holding another vote to repeal the Affordable Care Act, and roll back benefits for tens of millions of Americans.”

Reid pointed out Boehner had said last week 70 freshmen members of Congress who had not previously had an opportunity to cast a vote to repeal the healthcare reform law have “been asking for an opportunity to vote on it.”

He said House Republicans “will waste this week on yet another dead-end repeal vote.”

Citing a CBS News analysis putting the cost of the repeal votes at “$52.4 million and counting,” Reid said that was enough money “to restore funding for 19 million meals for homebound seniors or 6,900 children dropped from the Head Start program” under federal spending cuts known as the sequester.

“Fortunately, Republicans’ latest repeal effort — their latest exercise in insanity, as described by Albert Einstein — is doomed to fail like all the others,” he said.

5 Responses to Reid: ‘House Republicans have truly lost their minds’