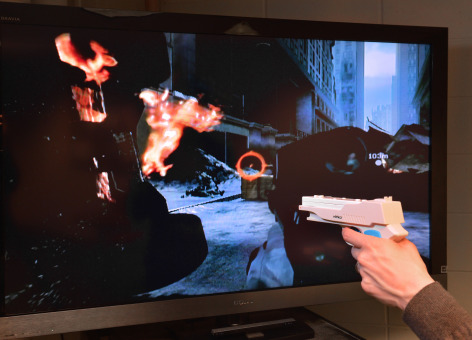 AMES, Iowa – People are quick to point the finger or dismiss the effect of violent video games as a factor in criminal behavior. New evidence from Iowa State researchers demonstrates a link between video games and youth violence and delinquency.

Matt DeLisi, a professor of sociology, said the research shows a strong connection even when controlling for a history of violence and psychopathic traits among juvenile offenders.

“When critics say, ‘Well, it’s probably not video games, it’s probably how antisocial they are,’ we can address that directly because we controlled for a lot of things that we know matter,” DeLisi said. “Even if you account for the child’s sex, age, race, the age they were first referred to juvenile court – which is a very powerful effect – and a bunch of other media effects, like screen time and exposure. Even with all of that, the video game measure still mattered.”

The results were not unexpected, but somewhat surprising for Douglas Gentile, an associate professor of psychology, who has studied the effects of video game violence exposure and minor aggression, like hitting, teasing and name-calling.

“I didn’t expect to see much of an effect when we got to serious delinquent and criminal level aggression because youth who commit that level of aggression have a lot of things going wrong for them. They often have a lot of risk factors and very few protective factors in their lives,” Gentile said.

The study published in the April issue of Youth Violence and Juvenile Justice examined the level of video game exposure for 227 juvenile offenders in Pennsylvania. The average offender had committed nearly nine serious acts of violence, such as gang fighting, hitting a parent or attacking another person in the prior year.

The results show that both the frequency of play and affinity for violent games were strongly associated with delinquent and violent behavior. Craig Anderson, Distinguished Professor of psychology and director of the Center for the Study of Violence at Iowa State, said violent video game exposure is not the sole cause of violence, but this study shows it is a risk factor.

Researchers point out that juvenile offenders have several risk factors that influence their behavior. The next step is to build on this research to determine what combination of factors is the most volatile and if there is a saturation point.

“When studying serious aggression, looking at multiple risk factors matters more than looking at any one,” Gentile said. “The cutting edge of research is trying to understand in what combination do the individual risk factors start influencing each other in ways to either enhance or mitigate the odds of aggression?”

What does this mean for parents?

There is a lot of misinformation about video game exposure, Anderson said, that makes it difficult for parents to understand the harmful effects. Although it is one variable that parents can control, he understands that with mixed messages about the risks some parents may feel it’s not worth the effort.

“What parent would go through the pain and all the effort it takes to really control their child’s media diet, if they don’t really think it makes any difference? That is why it is so important to get out the simple and clear message that media violence does matter,” Anderson said.

Just because a child plays a violent video game does not mean he or she is going to act violently. Researchers say if there is a take away for parents, it is an awareness of what their children are playing and how that may influence their behavior.

“I think parents need to be truthful and honest about who their children are in terms of their psychiatric functioning,” DeLisi said. “If you have a kid who is antisocial, who is a little bit vulnerable to influence, giving them something that allows them to escape into themselves for a long period of time isn’t a healthy thing.”