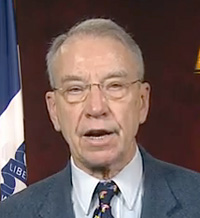 Chances are pretty good you’ve enjoyed at least one meal today before reading the words here in front of you.  Due in large measure to generations of hard-working farm families, Americans continue to benefit from a safe and abundant food supply.

Much has been said lately about the one percent vs. the 99 percent in America, usually in a political context.  But there’s another one percent-99 percent divide in America that isn’t making headlines or firing up social media users.

Did you know that one percent of Americans grow the food that feeds the other 99 percent?

U.S. food security is second-to-none.  And yet, food security is too often taken for granted.  With a shrinking pool of Americans linked to the land for their livelihood and way of life, it is important now more than ever to foster appreciation and educate younger generations how the food on their plates got there in the first place.

Too often, there’s scant appreciation for those who devote their lives to helping erase hunger from our communities and the world.  The U.S. dairy farmer puts in 12-plus hours a day, seven days a week, 365 days a year to tend to his herd.  And the American soybean farmer grows the commodity used to make soymilk for those who choose a dairy alternative in their morning cup of coffee.

In fact, American farmers have answered the call of their vocation by ramping up efficiency and embracing technological advancements to feed a growing world population.  Consider that today’s modern combine can harvest more than 900 bushels of corn per hour.  That’s 100 bushels every seven minutes. When my dad farmed in the 1930s, a farmer would harvest approximately 100 bushels of corn in a nine-hour workday.  Only 50 years ago, the U.S. farmer produced enough food to feed 26 people.  Today, each American farmer produces enough food for approximately 155 people.

In the U.S. Senate, I have worked for rural America at the policymaking tables in Washington, D.C.  As Congress debates renewal of the farm and nutrition bill in Congress, I am working to strengthen America’s commitment to a safe and abundant food supply in recognition of the one percent of Americans who grow our food.

The landscape has changed since passage of the last farm bill in 2008.  The 2012 bill must reflect demands to help shrink the budget deficit.  The looming national debt crisis requires savings and sacrifices from across-the board.  I’m working to make sure Congress trims the fat without cutting into the backbone of American agriculture.

The commodity program safety net was designed to help small- and medium-sized farmers weather downturns and stay in business when circumstances out of their control negatively impacted the market or destroyed their crops.  The largest operators should not be banking on Uncle Sam to help underwrite their efforts to get even bigger.  It creates an unfair burden on taxpayers and makes it even harder for beginning farmers to compete.  Already, the current system is contributing to upward pressure on land prices that squeeze beginning farmers out of the market.

My bipartisan proposal would install a hard cap of $250,000 per married couple on annual federal commodity program payments of any kind and close long-abused loopholes in the farm payment program that has allowed non-farmers to qualify for federal farm payments.  Not only is it important for the safety-net to be effective, it also needs to be defensible.  One of the best things Congress can do to make the farm program more defensible to those who may not understand the inherent risks with farming and the necessity of a farm safety net is make sure that non-farmers aren’t receiving a farm payment.  That’s good for farmers and taxpayers.

As Congress moves ahead on the next farm bill, Iowans can be sure I know and appreciate who grows the food.  I’m working for an effective safety net that looks out for both the family farmer and American taxpayer.