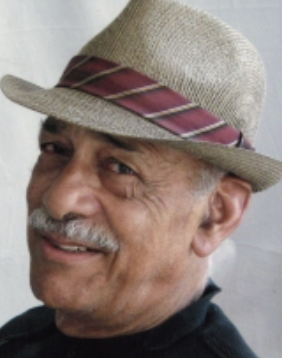 IOWA CITY – Former University of Iowa track and field coach Ted Wheeler passed away on November 17 in Iowa City. He was 91.

IOWA CITY – Former University of Iowa track and field coach Ted Wheeler passed away on November 17 in Iowa City. He was 91.

Wheeler was born in Chattanooga, Tennessee, and raised in LaFayette, Georgia, before moving to Illinois where his track and field career started.

Wheeler joined the Iowa staff as assistant to Coach Francis X. Cretzmeyer in 1972. In 1973, he was appointed head coach of the cross country team. He was named head coach of the track team in 1978 and held the position until he resigned in July 1996.

In 1951-52, while competing in his first year at the University of Iowa, Wheeler achieved all-American status in cross-country. Later, during the track season, he added all-American honors in the 800 and 1,500 meters and also ran on low’s then record-breaking 1,600-meter relay team. As a sophomore, he qualified for the U.S. Olympic trials in both the 800 and 1,500 meters.

Wheeler’s Iowa track career was interrupted when he was drafted into the U.S. Army in 1953, but he became the Army head track coach at Fort Leonard Wood, Missouri. While coaching his team to the Fifth Army team championship, he took individual honors in the half-mile, mile and three-mile and was the all-service champion in the 880-yard run.

After completing his Army years, Wheeler returned to Iowa to continue his track career and education. In 1956, he was Big Ten Champion in the 800 meters both indoors and outdoors and in the mile. He also qualified for the 1956 U.S. Olympic team in the 1,500-meter run. He was a two-time champion in the mile at the Drake relays and anchored three championships relay teams. Wheeler earned his bachelor’s degree in political science in 1957.

Wheeler’s honors continued after he graduated from Iowa. In 1961, he was inducted into the Drake Relays Hall of Fame and in 1967, an Iowa track scholarship was established in his name.

A visitation will be held Friday, Dec. 2, 2022 from 4-7 p.m. at Lensing Funeral and Cremation Service, 605 Kirkwood Avenue, Iowa City. A celebration of Ted’s life with a sharing of memories will be held Saturday, Dec. 3, 2022 at 11 a.m. at Lensing Funeral and Cremation Service with visitation from 10-11 a.m. Burial will follow at Oakland Cemetery. Anyone is welcome to pay their respects.

In lieu of flowers, memorial contributions in memory of Ted may be made payable to: Ted Wheeler Scholarship Fund and can be sent to The family of Ted Wheeler, 605 Kirkwood Avenue, Iowa City 52240.