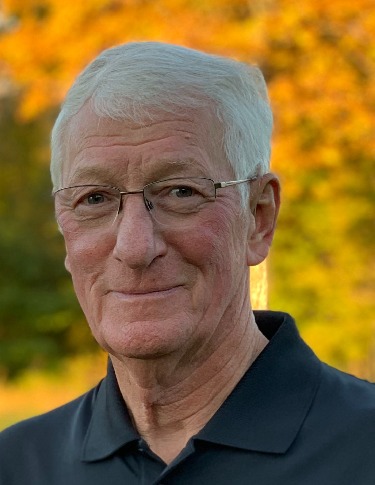 Bill asked that there be no flower tributes. Instead, please donate to one of his favorite causes, the Mitchell County Food Bank, or to Eden Presbyterian, the church where he worshiped his entire life.

William Ray Schmidt was born in Mason City, Iowa on St. Patrick’s Day March 17, 1947. He was the youngest of Justus and Matilda (Bortz) Schmidt’s five children. He attended elementary school in Rudd, then attended and graduated from Osage High School in 1965, with a class of friends he happily met at reunions every five years.

Bill and Carol (Heitz) Schmidt met at a 4-H party and married on June 26, 1970. They farmed with Bill’s brother Francis Schmidt and his wife Dorothy for most of Bill’s life, and lost count of how many times people mistakenly took one brother for the other. Bill and Carol raised daughters Emily and Alyson on the Rudd farm, then were proud to mentor Alex and Riley Montagne as they moved to the farm when the Schmidts retired to Osage.

Bill was happiest as a helper. He served as a Rudd Township Trustee, President and Member of Floyd Co. Pork Producers, the Board of Directors of OmniTel Communications, as a Deacon, Elder, and Trustee at Eden Presbyterian, and as the unofficial go-to guy when a friend or neighbor needed an extra hand. He had a special way with horses, dogs, kids, created art from “junk”, and loved summer tractor rides on his John Deere 4020 and joyrides in his 1965 Ford Mustang convertible.

Bill was preceded in death by his parents and sister Bonnie Norby. He is survived by his wife Carol; daughter Emily Massey and husband Jim of Chevy Chase, Maryland, and daughter Alyson Baltes and husband Aaron of Dysart, Iowa. He adored four grandchildren: Sawyer and Lawson Massey, and Taylor and Jordyn Baltes. He is also survived by brother Francis (Dorothy) Schmidt of Osage, Iowa, sisters Phyllis (Dick) Schlobohm of Mill Valley, California, and Barbara Tjernell of Novato, California, and countless relatives, friends and neighbors Bill considered family.

Masks are optional for those who would like to wear one.