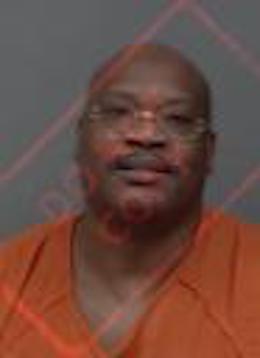 CEDAR RAPIDS - A convicted Waterloo felon who threatened to pistol whip and kill a victim while displaying a firearm was sentenced today to more than four years in federal prison.

CEDAR RAPIDS – A convicted Waterloo felon who threatened to pistol whip and kill a victim while displaying a firearm was sentenced today to more than four years in federal prison.

Durango Ken Castile, age 48, from Waterloo, Iowa, received the prison term after May 26, 2022 guilty plea to possession of a firearm by a felon.

Information from sentencing showed that Castile was released from prison on parole in August 2021. Thereafter, Castile was abusive towards the victim for several months, which culminated in Castile threatening to pistol whip and kill the victim while he was holding a firearm. At the plea hearing in this case, Castile admitted that he possessed a firearm on or about January 3, 2022, after previously being convicted of a felony offense.

Castile was sentenced in Cedar Rapids by United States District Court Chief Judge Leonard T. Strand. Castile was sentenced to 57 months’ imprisonment. He must also serve a three-year term of supervised release after the prison term. There is no parole in the federal system.

This case is part of Project Safe Neighborhoods (PSN), a program bringing together all levels of law enforcement and the communities they serve to reduce violent crime and gun violence, and to make our neighborhoods safer for everyone. On May 26, 2021, the Department launched a violent crime reduction strategy strengthening PSN based on these core principles: fostering trust and legitimacy in our communities, supporting community-based organizations that help prevent violence from occurring in the first place, setting focused and strategic enforcement priorities, and measuring the results.

Castile is being held in the United States Marshal’s custody until he can be transported to a federal prison.

The case was prosecuted by Assistant United States Attorneys Kyndra Lundquist and Lisa Williams. It was investigated by the Bureau of Alcohol, Tobacco, Firearms, and Explosives, the Waterloo Police Department, and the Iowa Division of Criminal Investigation.