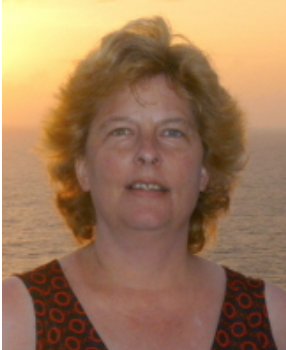 Dawn Deanna Thomas was born June 18, 1962 in Lansdale, Pennsylvania. She was the youngest of four children born to Philip and Lillie (Longreen) Thomas. She eventually moved with her family to Texas, where she was raised. After graduating with high honors from a magnet high school in Dallas, Texas, she acquired her Associate’s Degree in Accounting from North Lake Junior College in Irving, Texas. She went on to get her Bachelor of Science Degree in Business Management with honors from Northwood University. She also completed additional hours of Computer Programming classes at the University of Texas at Arlington.

This education led her to a career with Kimberly-Clark Corporation. For 20 years, she started as a Data Entry Clerk and worked her way up to a Senior Analyst Programmer. She traveled throughout the country and the world working on projects for the company.

On June 29, 1994, she was married to Randy Renfrow. They eventually moved to Knoxville, Tennessee and adopted two of their nephews and a niece, Donnie, Missy and Dustin James Renfrow. However, the marriage ended in divorce.

Health issues forced Dawn from her career, and she and the kids eventually moved back to Texas. She worked for a local convenience store in Irving, Texas. While working there, she became a mentor to the children and adults in the area. She was willing to listen to their problems, advise them on life issues, encourage them to get their education and live life to the fullest.
It was at this convenience store that she met the man and love of her life, Brian Burt. The running joke was that she kept selling him losing lottery tickets on purpose. She always said that hell would freeze over before she ever got married again. On the morning of their planned wedding, February 12, 2010, they woke up with 12” of snow on the ground in Irving, Texas. Hell actually froze over! When they got to the courthouse, the only employee that made it to work that morning was the judge. He had to perform all of the duties of his staff as well as the ceremonies. Needless to say, the schedule was way behind that day. However, it was perfect!

Dawn had mentioned that she always wanted to live in the country. When the opportunity presented itself to live there, she jumped at the chance to do it. However, she didn’t realize just how country Ledyard, Iowa was. But the community and the surrounding area was beneficial for her and the kids. Although her health kept her from being active in the community, she was the President of the Ledyard Library Board. She confided that if she had known there was a community like Ledyard earlier in her life, she would have moved there sooner. She also had a couple of accounting jobs in the area until her health issues forced her to retire.

Even though her health was compromised, she was still active in mentoring youth in the area. She had a soft spot for children, but she also had a compassion for animals. She never met an animal that she didn’t like. She had a tendency to take in cats that showed up at her house, much to the dismay of her husband. Along with her children, the lights of her life were her grandchildren, Gabriel and Stella. Dawn passed away in her husband’s arms, alongside her children and niece, at their home in Ledyard, Iowa, on August 24, 2022 at the age of 60.

“Don’t cry because it’s over. Smile because it happened.” – Dr. Seuss