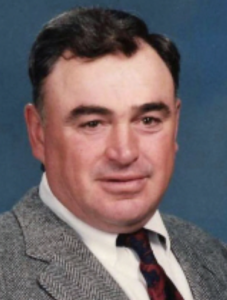 A memorial mass will be held 11 a.m., Tuesday, December 28, 2021 at St. Boniface Catholic Church in Garner with Rev. Fr. Andrew Marr officiating. The service will be livestreamed on the Cataldo Funeral Home Facebook page. Military rites will be conducted by the Garner Veterans Ceremonial Unit. Inurnment will be at Riverside Cemetery in Charles City.

Visitation will be held one hour prior to services at the church on Tuesday.

Merrill John Peters, the son of John and Violet (Kock) Peters, was born May 14, 1940 in Rockford, IA. He attended country school and graduated from Greene High School in 1959. Merrill enlisted in the United States Marine Corps serving his country as a Field Radio Operator from October of 1959 to October of 1963. On November 3, 1962 he married Kathleen Regan in Washington, D.C. Following his honorable discharge, Merrill and Kathie returned to Iowa settling on a farm near Greene. Merrill farmed until his retirement in 1999. He then worked for several years at Larson Doors in Lake Mills. During his retirement he thoroughly enjoyed helping his friend, Mike Knudtson, mowing, raking and baling hay. In 2006, Merrill and Kathie moved to Garner. He enjoyed his family, fishing, hunting and was an avid Iowa Hawkeye and Minnesota Vikings fan.

He was a member of St. Boniface Catholic Church and the Greene VFW.

He was preceded in death by his parents; a brother, Larry Peters; nephew, Mark Neuhaus; and niece, Annette Jablonski.