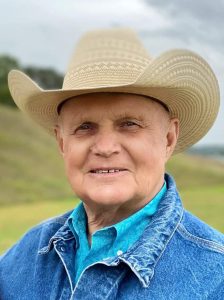 Ronald Edward Dearing, age 77, of Buffalo Center, IA passed away on December 20, 2021, at his home with family at his side. Ron was born June 6, 1944, the son of Willard and Dorothy (Miller) Dearing. He spent his early years growing up and working on the family farm, located between Rake and Buffalo Center. In school, Ron was involved in many sports and it was there he developed a lifelong best friendship with his classmate, Phil Benn. He graduated from Rake High School in 1962. He married Amber Koskovich in 1964 and they had three children, Keven, Kristen and Stacey.

Ron was a crop and livestock farmer prior to moving his family to Northfield, MN in 1986. He worked at Northwest Airlines followed by Malt-O-Meal.

In 1996 Ron and Ginger Lally married and they made their home in Lakeville, MN for the next 12 years. In their retirement they moved to the Rake and Buffalo Center area. They enjoyed many winters at their home in Florida.

Ron and Ginger shared a deep love for owning and showing paint horses. They were inducted into the Minnesota Paint Horse Association Hall of Fame earlier this year. Ron was well respected in the horse community.

Both in Iowa and Florida, morning breakfasts with the guys were the way he liked to start his day. Ron was known for always lending a hand to others and never passed up the opportunity to help his son Keven on the farm. Ron was always a part of what is good in life.

Ron battled cancer for 8 years, never complained, and always had a smile on his face. He was a kind man who had a deep love for his family and will be dearly missed.