Bank heist sends Waterloo felon to prison for over a decade

This news story was published on November 14, 2020.
Advertise on NIT • Subscribe to NIT

CEDAR RAPIDS – A convicted felon who robbed a bank five days after committing an armed robbery of a convenience store was sentenced on November 12, 2020, to 13 years in federal prison. Lucas Raymond Thompson, age 36, from Waterloo, Iowa, received the prison term after a July 2, 2020 guilty plea to one count of bank robbery.

Information from a plea agreement and the sentencing hearing showed that Thompson robbed a Waterloo bank of $1,589 on October 25, 2018. Thompson was wearing a tight black hoodie over his face and sunglasses with blue lenses. He was carrying a cloth bag. Thompson demanded that a teller put money in the bag and, when the teller was not doing so fast enough for Thompson, grabbed at something under his jacket and said, “don’t make me pull it out.” The teller believed Thompson had a gun. Thompson then escaped in a truck driven by another person. Later in the day, an employee of a store near the bank saw the same truck and followed it through Waterloo. The employee relayed the truck’s license plate to law enforcement, and law enforcement later arrested Thompson.

Thompson was sentenced in Cedar Rapids by United States District Court Chief Judge Leonard T. Strand. Thompson was sentenced to 156 months’ imprisonment for the bank robbery, to run consecutively to Thompson’s seven year sentence in state court for the robbery of the convenience store. He was ordered to make $1,589 in restitution to the bank. He must also serve a three-year term of supervised release after the federal prison term. There is no parole in the federal system.

Thompson is being held in the United States Marshal’s custody until he can be transported to a federal prison.

The case was prosecuted by Assistant United States Attorney Tim Vavricek and investigated by the Federal Bureau of Investigation and the Waterloo Police Department. 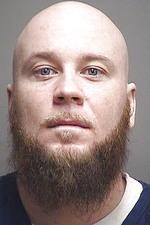