This news story was published on August 23, 2019.
Advertise on NIT • Subscribe to NIT

WARREN COUNTY, IOWA – Three Florida men were hurt as they attempted to evade an Iowa State Patrolman in a high-speed pursuit this week.

According to the Iowa State Patrol, on Tuesday, August 20 at about noon, a trooper was in pursuit of a 2019 Dodge Challenger driven by 24-year-old Florisma Hyppolite of Pompano Beach Florida. They vehicles were northbound on Highway 69 in Warren County, traveling at a high rate of speed. Hyppolite then lost control of the Challenger on a curve and went into a ditch and then up into a cornfield.

Hyppolite and his passengers, 20-year-old Dimitrius Daniel and 20-year-old Keontae Rozier were all hurt in the crash but they refused treatment. Hyppolite was charged with tinted window violation, failure to maintain control, speeding 21 mile per hour or more over the limit, failure to obey a stop sign, unsafe passing, reckless driving, aggravated misdemeanor eluding at 25 miles per hour over the speed limit or more and interference with official acts causing bodily injury.

According to a story in the Palm Beach Post from 2012, Hyppolite and the “Fort Lauderdale crew” were arrested they drove a vehicle with tinted windows to another Florida city and “and knocked on doors to see if residents were home.” Police said in the story, “If a resident does not answer the knock at the front door, entry is gained and a burglary is committed.” 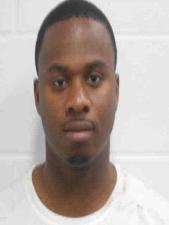