SIOUX CITY – A man who conspired to manufacture methamphetamine was sentenced February 12, 2018, to 15 years in federal prison.

At the guilty plea, Daniels admitted his involvement in a conspiracy that manufactured more than 50 grams of actual (pure) methamphetamine between the fall of 2016 and May, 2017. The investigation monitored Daniels’ activities, and purchases of pills containing pseudoephedrine by users/associates of Daniels. Daniels knew the pseudoephedrine pills he and his friends/associates purchased would be used to manufacture methamphetamine. A search warrant at Daniels residence revealed multiple items used in clandestine methamphetamine laboratories.

Daniels was sentenced in Cedar Rapids by United States District Court Judge Linda R. Reade. Daniels was sentenced to 180 months’ imprisonment. A special assessment of $100 was imposed. He must also serve a 10-year term of supervised release after the prison term. There is no parole in the federal system.

Daniels is being held in the United States Marshal’s custody until he can be transported to a federal prison.

The case was prosecuted by Assistant United States Attorney Jack Lammers and investigated by the Division of Narcotics Enforcement (DNE), the North Central Iowa Narcotics Task Force and the Britt Police Department. 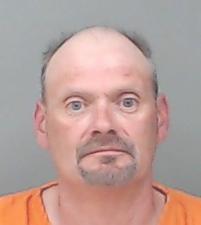