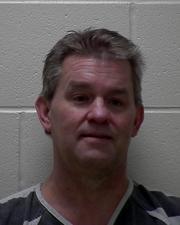 MASON CITY – A police officer recently found an unconscious man on a North End sidewalk and arrested him on an aggravated misdemeanor charge of public intox, but, a Cerro Gordo county prosecutor filed for a lesser charge despite two recent convictions.

The incident took place very early on December 19, 2017. A Mason City police officer, at about 1:37 AM, found a male subject passed out on a sidewalk along the 900 block of North Federal Avenue. After an investigation, 52-year-old David Roy Pankratz was arrested on a charge of aggravated misdemeanor public intoxication – 3rd or subsequent offense. Pankratz, records show, was busted twice by Mason City police for public intoxication back in August of this year. He was guilty both times and ordered to pay $195.00 in fines in both cases. Records show, he never made a payment.

Inexplicably, Judge Ron Wagenaar was immediately presented by Cerro Gordo county attorney William Hoekstra with a motion to amend the charge to only first-offense public intox. Wagenaar accepted the motion, records show. Pankratz then pled not guilty. He will face a non-jury trial on January 10.