CHARLES CITY – A Waterloo man is accused by police in Charles City of stealing a bottle of booze, and now faces another theft charge after other convictions.

Charles City police were called on the afternoon of Tuesday, November 28 to the 900 block of Kelly Street to investigate the theft of a bottle of alcohol. Following the investigation, the officer located the vehicle the suspect was driving, near the 900 block of North Main Street. After the driver was interviewed, a $30.00 bottle of alcohol was recovered. The driver, 50-year-old Stevie Brown of Waterloo, was arrested on a charge of fifth-degree theft.

Police said at the time that Brown could face additional charges. Two days later, Charles City police brought a second charge of fifth-degree theft against Brown for an alleged crime he committed on November 27. He is due in court early next year in both cases.

Records show Brown is now a convicted felon out of Black Hawk county after he pled guilty to a charge of second-degree theft brought by Waterloo police for a crime he committed in April of 2017. He was sentenced in October to 177 hours of community service, given a 5-year suspended prison sentence and put on probation for 5 years. He must also pay $1,277.50 in fines and court fees; he was supposed to make his first monthly payment of $50 on November 20 – but records show no payment was made. 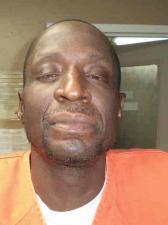