MASON CITY – Police were called to a Mason City residence on a report of a theft and later located the alleged culprit, who was taken to jail.

Mason City police were dispatched on a theft report to 14 South Adams Avenue on the afternoon of November 6. Officers encountered Devin Michael Flores, age 22 of Mason City, and arrested him without incident. The allegedly stolen property was returned to the rightful owners, police say.

Flores was taken to the county jail on a charge of fifth-degree theft. He was later released and awaits a December 20 non-jury trial.

Flores was accused of stealing a car in Mason City back in 2013 but pled guilty to two counts of operating without the owner’s consent. He was later sent to prison in 2015 for several violations of his probation and a stay at Beje Clark. He still owes Iowa courts over $4,000 in court fees and costs in those cases. In October, he was guilty of interference with official acts after an encounter with the MCPD on August 12, which appears to be just a short time after his release from prison, records show. He owes Iowa courts $517.50 in that case. 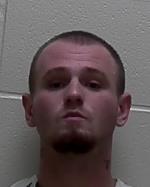