MASON CITY – A Garner woman accused by Mason City police of felony forgery has been put on probation and socked with plenty of court costs.

Maggie Mae Moyer, age 32, allegedly committed forgery in Mason City by reportedly forging checks around town earlier this year. As a result, she entered a guilty plea two three counts and was put on probation for five years, given suspended 5-year prison terms and suspended fines and ordered to pay $1,223.02, $1,261.19 and $657.37 in court costs and fees. Court records show she was also guilty of forgery and felony second-degree theft in Hancock county. She was given the same sentence – all on November 8, 2016 – and ordered to pay $325.00 and $342.30, respectively. She must also complete a drug program in Cerro Gordo county.

Moyer remains in the Cerro Gordo county jail at this time, awaiting transport to Floyd county for court hearings connected to a June crime. The incident took place on June 1 around 2 PM, when officers with the Charles City police department stopped a vehicle driven Moyer. However, she fled the traffic stop on foot, police say, and escaped but was later identified. A warrant for her arrest was applied for, charging her with driving while revoked, interference with official acts, no ignition interlock device, no seatbelt, improper registration and no SR-22 insurance. 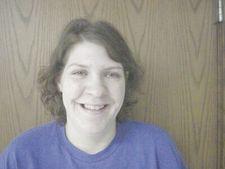