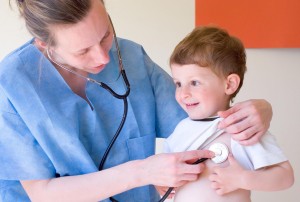 The story they released, from UnitedHealthcare Plan of the River Valley, Inc., allegedly demonstrates “an Iowa family’s experience with Medicaid modernization, that is designed for patients to live healthier, happier lives.”

Branstad and Reynolds say these stories follow other “success stories” from patients and providers that they released earlier.

These “success stories” contrast reports that some health care providers in the Iowa Medicaid system are having trouble getting paid by participating insurance companies, as well as patients who have had to change doctors, and other snafus.

In November 2015, a member was released from a nursing facility and from there she and her husband were on their own, functioning, but not thriving. When she was released, she did not have her waiver eligibility secured and did not know how to proceed in correcting the situation. Allyson, a Community-based Case Manager (CBCM) with UnitedHealthcare, immediately stepped in and helped the member and her family complete and submit the waiver forms, and helped the member set up the services she would need in order to stay in her rural Iowa farmhouse. Throughout the process, Allyson met directly with the member and four members of her family, taking the time to listen and build a relationship with each of them.

That strong relationship continued through the transition to the IA Health Link program. Although the member had a strong, established relationship with her family doctor, that physician did not contract with UnitedHealthcare. As a result, the member had two options; maintain her long-time family doctor and change managed care organizations or find another doctor and keep Allyson as her CBCM. After meeting and working with Allyson, the member and family recognized the care being provided and did not want to lose that relationship. Given that, the member and her family found a new contracted primary care provider and retained Allyson as her case manager.

Thanks to Allyson and the support she provided during this timeframe, the member is now on the Elderly Waiver living on her farm with her family. Allyson made countless visits with the member, her spouse and the family to ensure all needed services are in place to keep this member healthy, safe, and in the community.