This news story was published on September 26, 2016.
Advertise on NIT • Subscribe to NIT

MASON CITY – A man who police say punched a woman in the face and was arrested on a range of charges now faces a felony burglary charge.

The incident unfolded on Tuesday morning, September 13 at about 1:44 AM, when Mason City police officers were dispatched to 321 2nd Street NW for some type of disturbance. Officers arrived to find 28-year-old Aaron Michael Hermen inside the residence in violation of a valid protective order. The female resident had a visible injury to her eye. Aaron Hermen was arrested for Domestic Abuse, 2nd Offense (Aggravated Misdemeanor) and violation of a no-contact order. Hermen is accused of allegedly punching the female protected party in the face, causing injury.

In connection to this incident, a charge of first degree burglary was filed on September 14 after officers completed their investigation.

Court records show that late last year, Hermen was released from the Fort Dodge Correctional prison. He had been sent there after a violent incident in Mason City  back in 2013. In February of that year, Herman had fled a residence in a vehicle with a 19 month-old child. Hermen struck a utility pole with the vehicle as he was fleeing, breaking the pole off its base, as he drove drunk. He was charged with multiple offenses as a result and sent to prison.

On April 16, 2014, the Iowa Court of Appeals upheld the conviction and sentences imposed by Judge Karen Salic, who had taken Hermen’s “horrible criminal history” into account in passing down some of the strictest sentences she could.

At the original sentencing for his domestic abuse (strangulation), child endangerment and drunk driver charges (among others), Judge Salic told Hermen “the law requires that I take a number of factors into account when deciding what an appropriate sentence is for someone. One of those things obviously is your rehabilitation, not just your need for it but also your potential for it. Also protecting the community. In this particular case, you have specific victims, but the protection of the community as a whole.”

Herman remains in jail on no bond for parole and probation violations, waiting court Monday morning. 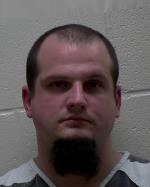