This news story was published on September 23, 2016.
Advertise on NIT • Subscribe to NIT 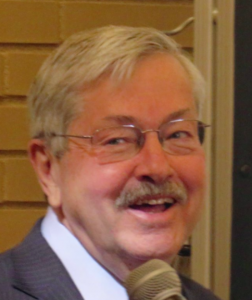 These new stories come on the heels of previous success stories from patients and providers that were released earlier this summer. The governor highlights a “Case Management Success Story” from Amerigroup Iowa Inc.:

Since the launch of the new Medicaid Modernization, Amerigroup Iowa has been working with a 55 year old Linn County man who has been struggling with very complex health needs over the past decade. This patient has severe health conditions that not only require intense medication regimens, but also cause him to suffer from chronic pain, hypertension, anxiety and depression. When he joined Amerigroup, he expressed that he was tired of being in pain all of the time and was thinking about “ending it.” When Amerigroup assessed this patient, Amerigroup found that he was not complying with medication therapy, that he was missing critical doctor’s appointments and that he had not had mental health services in many years. This patient had negative experiences with health care providers in the past and felt that they could not provide the care he needed. He felt that getting the care he needed from the right doctors, when he needed it was impossible and that the health care system had failed him. The support Amerigroup provided, however, turned him around.

Amerigroup case managers quickly built a trusting relationship with this patient and took a leading role in helping to coordinate access to the care that he needed and worked for him. They worked with him and his doctors to coordinate mental health support by finding him a psychiatrist that he liked and worked well with. Amerigroup case managers helped the patient understand the importance of attending required doctor’s visits and helped him schedule transportation to eliminate barriers, which were causing him to miss appointments in the past. His Amerigroup case managers and doctors have helped him with his medication management, which has made tremendous improvements on his physical and mental health. Additionally, Amerigroup identified and helped get approvals for services that have had a dramatic impact in helping him maintain and improve his health. Some examples include access to a pain management clinic, approval for aquatic therapy and a blood pressure monitor to help him manage his hypertension. His case managers also let him know about social services supports he was eligible for and encouraged him to apply.

An Amerigroup case manager was initially seeing this patient in his home twice a week, but because his health outcomes have improved so dramatically, the case manager now keeps in touch over the phone and only has to visit once every other week. This patient is doing so well that he is getting out of the house, exercising and enjoying more time with his grandson. He recently told his Amerigroup case manager, “No one has ever done as much for me as Amerigroup, and I want you to know how much I appreciated all of you.”