MASON CITY – A Mason City man found himself on the wrong end of the law for a second time this year after a confrontation.

Mason City police officers were dispatched to the area of the 800 block of South Pennsylvania Avenue for a physical domestic on August 21 at about 6:31 PM. At the scene, they encountered 30-year-old Jay David Teepe, a man they have dealt with in this general area before. After an investigation, officers arrested Teepe on a charge of serious domestic assault and took him to jail. He was soon released after seeing a judge, who imposed a no-contact order on Teepe, directing him to stay away from the alleged victim in this case. He’ll be due back in court on September 9.

Teepe was investigated by police at this same general location (800 block of South Penn) back on May 5. That day, a woman in a house there told police that he had slashed or punctured a tire on her car. He had allegedly left the scene with a knife and discarded it before officers arrived on the scene. They were witnessed walking his route away from the house after they stopped him a few blocks away for questioning.

However, it did not appear that police located a knife. After the investigation and speaking with Mr. Teepe, he was cited for fifth-degree criminal mischief and released. He walked away from the scene on foot. About a block away, he told NIT that “we had an argument, then she got a flat tire, so I left.”

Later on July 8, Cerro Gordo county attorneys dropped the charge against Teepe, and he was ordered by a judge to pay $164.34 in court costs. 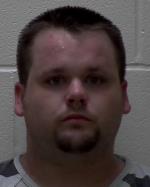