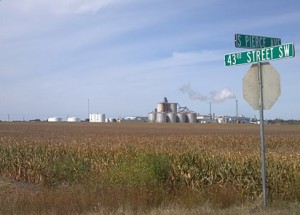 General vicinity of the urban renewal district the city council will likely approve soon, where a potential kill plant could be located.

MASON CITY – Preparations are further advancing in Mason City for a possible slaughterhouse development on the city’s south side, which could employ 1,000 people or more.

Silence and denials are rampant as NIT questions elected and un-elected officials about this possible major project for the city’s south side.  NIT reported on this development back on February 8, telling readers that mayor Eric Bookmeyer is personally spearheading the recruitment of a large kill plant / slaughterhouse / meat processing plant. Initial estimates range from 820 jobs up to 1000 jobs should he successfully lure the development.

Since then, Bookmeyer has ignored questions from NIT about this potential major development.  City councilman Alex Kuhn has also ignored repeated questions about this development.  Councilman Brett Schoneman has ignored our questions, as well, even though another source described Schoneman as “giddy” at the prospect of this development happening.  In addition, North Iowa Corridor CEO Chad Schreck told NIT that “we are unable to comment on speculation or rumors of projects, whether we’re involved or not. We can only address actual projects that would go before a public body for approval.” 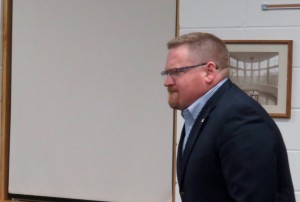 Eric Bookmeyer refuses to answer any questions from NIT, on any topic whatsoever.

Bookmeyer may have foreshadowed his pursuit of this development this past January.

He said then, after 6 long years in office, that Mason City is “ready to do something we haven’t done in decades, grow.”  He went on to note that the city’s population has continued to decline over the years and the city “wasn’t as aggressive at job creation … this time we’re leading the recovery … and leveraging our resources.  This is the result of a united, aggressive Council and our tremendous partnership with the North Iowa Corridor”.

Even as Bookmeyer ignores questions and Mr. Schreck denies any involvement and uses words like “speculation” and “rumor” in addressing this developing situation, strong sources connected to city and county government are now telling NIT that Bookmeyer is no longer “going it alone” on the pursuit of a kill plant for Mason City. In fact, NIT is told that most of the city council, the North Iowa Corridor and the people that make up that “economic development” agency are now firmly behind Bookmeyer and are working on landing some kind of slaughterhouse outfit to locate to Mason City. Mr. Schreck did not immediately respond to new questions Monday morning:

Chad Schreck (left) and his mealticket, Eric Bookmeyer, both refuse to discuss this project

“As an agency that spends hundreds of thousands of local taxpayer dollars each year to operate, I would hope that you would be willing to have some level of transparency here. Can you confirm that the NI Corridor is involved in pursuing this slaughterhouse, which would employ hundreds – perhaps over 1000 people? Is the Corridor involved in making preparations on the south side of Mason City in the new urban renewal area that the city plans to approve? What is, exactly, the NI Corridor’s role in this possible development? Are you talking to investors, or companies that would build here?”

Despite the refusal of officials to comment or go on the record  regarding the possibility of a slaughterhouse being built in town, Mason City appears to be moving ahead and laying the groundwork to prepare for some kind of project, or at least provide an area of town readied for a development of this nature to go ahead.

A source has confirmed that an urban renewal district is set to be approved by the city council, and this area is designated as the spot officials want to put the slaughterhouse.   City documents show that the City Council of the City of Mason City will hold a public hearing at its meeting at 7:00 PM on April 5, 2016 to consider adoption of a proposed Mason City Southside Gateway Urban Renewal Plan concerning a proposed Urban Renewal Area in the City of Mason City, generally depicted in the following map, which land is to be included as part of this proposed urban renewal area: 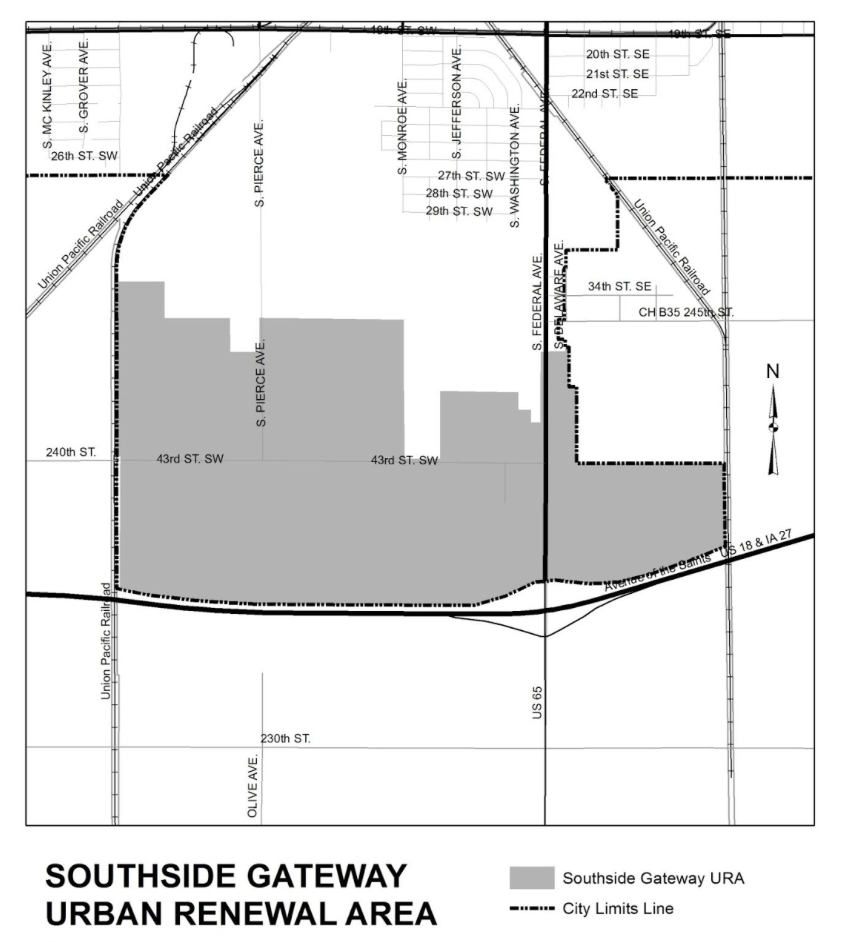 If the plan is approved, the City of Mason City would undertake urban renewal activities that would make this location attractive and perhaps ready for development that could include a slaughterhouse. 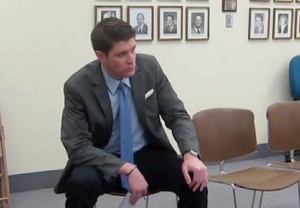 Alex Kuhn – who has become a staunch ally of Eric Bookmeyer – remains silent on this development and will not answer questions about it.  He has also grown silent on other matters, as well, which NIT will soon report.

“The general scope of the urban renewal activities under consideration in the Plan is to promote the growth and retention of qualified industries and businesses in the Urban Renewal Area through various public purpose and special financing activities,” city documents say.  “The City also may reimburse or directly undertake the installation, construction and reconstruction of substantial public improvements, including, but not limited to, water, sewer and other public improvements.  The City also may acquire and make land available for development or redevelopment by private enterprise as authorized by law. The plan provides that the City may issue bonds or use available funds for purposes allowed by the plan and that tax increment reimbursement of the costs of urban renewal projects may be sought if and to the extent incurred by the City. The plan initially proposes specific public infrastructure or site improvements to be undertaken by the City, and provides that the plan may be amended from time to time.”

NIT reported on February 8 that the city’s south side is a strong contender for this project, with access to rail, 4-lane highway and other infrastructure.  This urban renewal district would further enhance the chances of a development going in there – and is more proof this development is in the works.

Sources tell NIT that the development could turn into a political hot-button issue.  Some in town that know about the pursuit of this kill plant development are worried about a “certain element” that would be attracted to town to work in the facility, if it is ever built.