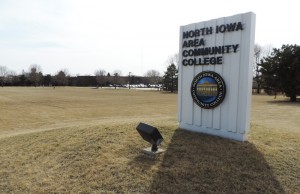 MASON CITY – A Veterans Day Presentation on the Korean War will be held on Wednesday, November 11 from 2:30-4:30 p.m. on the North Iowa Area Community College campus in the Beem Center, Room 200. This event is free and open to the public. The instructor for this presentation is Bennett Smith.

On June 25th, 1950, the military forces of North Korea with the tacit support of both the Soviet Union and China invaded South Korea. South Korean and United Nations forces were pushed back to the Pusan Perimeter by September, but a brilliant counterattack at Inchon by Douglas Mac-Arthur relieved those troops and created a push into North Korea by United Nations troops. They almost got to the Yalu River, before the Chinese invaded North Korea. As Chinese troops poured across the border, the stage was set for one of the most famous battles of the war. The Battle of the Chosin Reservoir occurred from November 17th to December 13th. United Nations forces, comprised of primarily American soldiers and marines, fought a major battle in horrible freezing weather against a vastly superior Chinese force. They were encircled but managed to breakout and fight their way to the coast. For their bravery and valor, they will forever be known as the “the Chosin Few.” The objective of this presentation is to honor the sacrifice and service of Korean War veterans and all veterans on this Veterans Day and to educate the public regarding this important historical event during the Korean War.

A recommended reading list and handout will be provided, and there will be a question and answer session after the lecture.

Bennett Smith is an asset manager in Clear Lake, Iowa, and an instructor in History and Political Science at North Iowa Area Community College. He is also an instructor in various lifelong learning programs including the NIACC Lifelong Learning Institute; the Osher Lifelong Learning Institute at Iowa State University and the LIFE program at Rochester Community and Technical College in Rochester, Minnesota.

One Response to Veterans Day presentation on Korean War at NIACC