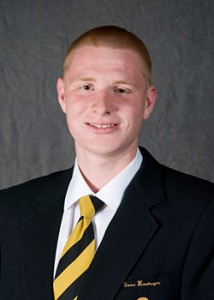 Uthoff posted his third career double-double (10 points, 12 boards). His 12 rebounds are a career-high.

“I feel good (about my team),” Iowa coach Fran McCaffery said, heading into Big Ten play. His team gets a coupe of days off before returning for practice on December 26.

“I feel good about where we are health-wise. I think we’ll get Clemmons healthy (two sprained ankles). He’ll be healthy. We’re getting a lot of productivity from a lot of people. Our defense has been good. It’s got to be better in the second half against good teams. Every team we play from here on is really good. So we got to address that.”