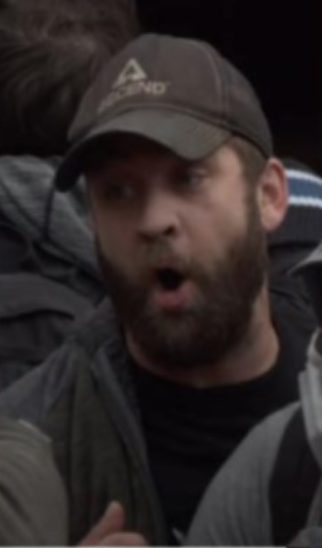 WASHINGTON – An Iowa man pleaded guilty on May 5, 2022 to assaulting a law enforcement officer during the breach of the U.S. Capitol on Jan. 6, 2021. His and others’ actions disrupted a joint session of the U.S. Congress convened to ascertain and count the electoral votes related to the presidential election.

Kyle Young, 38, of Redfield, Iowa, pleaded guilty in the District of Columbia to assaulting, resisting, or impeding officers. According to court documents, Young was among rioters participating in the assault of law enforcement officers in the Lower West Terrace of the Capitol and the archway that leads into the building. A group of officers from the U.S. Capitol Police and Metropolitan Police Department (MPD) formed a line at the door to prevent the mob from entering.

The MPD officer – wearing a uniform, marked helmet and tactical vest – was assaulted while he was in the mob by rioters, including Young. Young held the officer’s left wrist and pulled the officer’s arm away from his body. The MPD officer was then swept further in the crowd. He was rendered momentarily helpless when an individual repeatedly applied a taser to the back of his neck.

According to court documents, as the violence continued in the Lower West Terrace area, Young also made contact with the helmet of a Capitol Police Officer who was pulled into the crowd.

Young was arrested on April 14, 2021. He is to be sentenced on Aug. 25, 2022. He faces a statutory maximum of eight years in prison as well as potential financial penalties. A federal district court judge will determine any sentence after considering the U.S. Sentencing Guidelines and other statutory factors.

Young was indicted in April 2021 with two co-defendants accused of participating in the same attack.

The case was investigated by the Metropolitan Police Department and the FBI’s Washington and Omaha Field Offices. Young was identified as #116 on the Washington Field Office’s seeking information photos. Valuable assistance was provided by the U.S. Capitol Police.

In the 15 months since Jan. 6, 2021, nearly 800 individuals have been arrested in nearly all 50 states for crimes related to the breach of the U.S. Capitol, including over 250 individuals charged with assaulting or impeding law enforcement. The investigation remains ongoing.