MASON CITY – A Clear Lake man was found guilty of violating a no-contact order for the second time in connection with a felony domestic abuse assault case and sent to jail for 18 days.

Daniel Lee Franken, age 24, was found guilty Thursday, September 4 by Judge Patrick Byrne of a no-contact order violation – his third such accusation in the case and second conviction – and sentenced to 18 days in jail.

Franken was, just days earlier, given a deferred judgement in the felony domestic abuse case, which involved the strangulation of his female Mason City victim.

Franken is said to live with his wealthy parents in Clear Lake, and has already paid the entire sum of the $5,300 in fines and fees he was assessed in the case.

Earlier this year, a judge threw out a harassment charge against Franken after Clear Lake police accused him of bothering a Clear Lake woman.

When asked about the circumstances behind the harassment, the Clear Lake woman told NIT, “He had a really bad temper and started getting really aggressive and controlling with me. Controlling to the fact that he would physically lay on the floor of my room so I couldn’t be alone and couldn’t move him. He’d pick locks to any door that I tried to shut myself in for safety, bathroom, my bedroom even to my walk in closet I use to have to hide and shut myself in there to try to keep him away while I could call the police. Drinking was also another huge factor to the problems. He is a functioning alcoholic and had threatened to “end it for the both of us” one night while driving intoxicated from the bar “Eleven” in Mason City. He would go through my phone, go through my computer, show up at my house unexpectedly before and after the no contact order was in place. Would send up to 30 texts before I could read one. It has been a seriously scary thing to have gone through. I’m still afraid constantly, I never know what he will do next.” 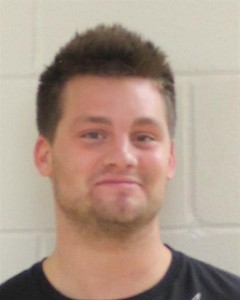