Pictorial: Weaver and Bookmeyer laugh it up in cemetery

This news story was published on May 26, 2014.
Advertise on NIT • Subscribe to NIT

Mason City Mayor Eric Bookmeyer and former councilman and political rival Max Weaver were seen talking and laughing for nearly an hour as they stood in the roadway near a large American flag.

Bookmeyer was seen looking around nervously – mostly behind him – as the two looked deeply into each other’s eyes, leaned in for whispers, and then bellowed a few deep laughs.  The conversation featured some animated arm gestures and pointing in various directions from both.

Here are some shots of the conversation, with some likely banter from each fearless leader.

The real question is, what do YOU think they discussed? 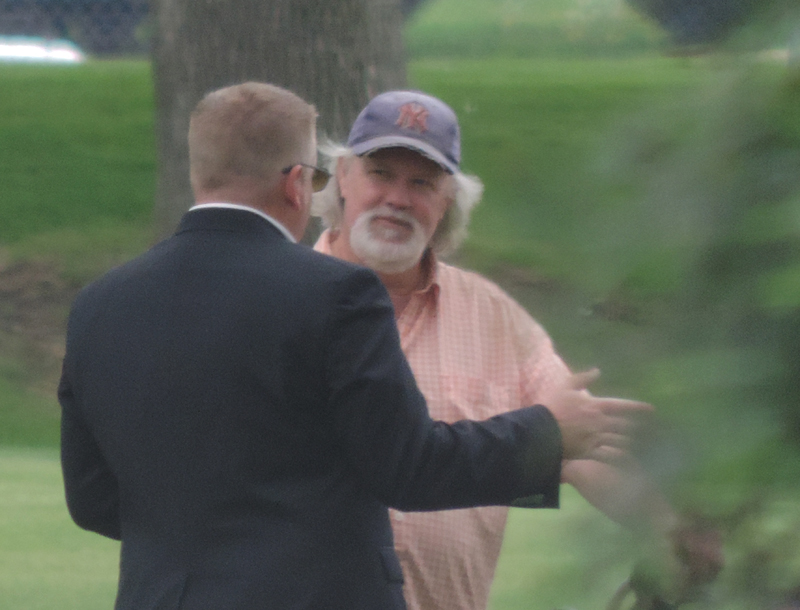 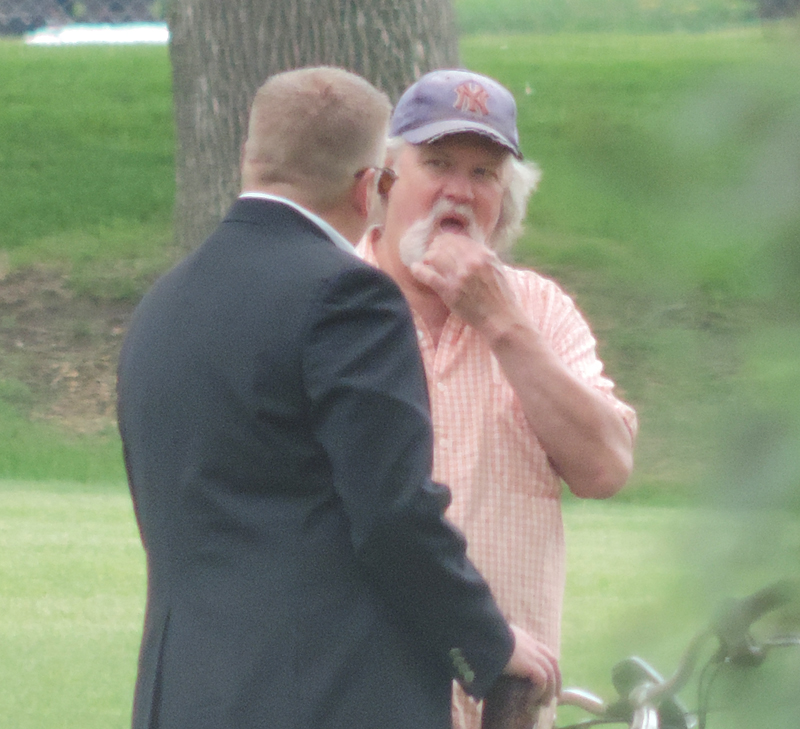 Bookmeyer: “You … got some ketchup on your mouth … or is that braunschweiger …”
Weaver: “Did I get it all?” 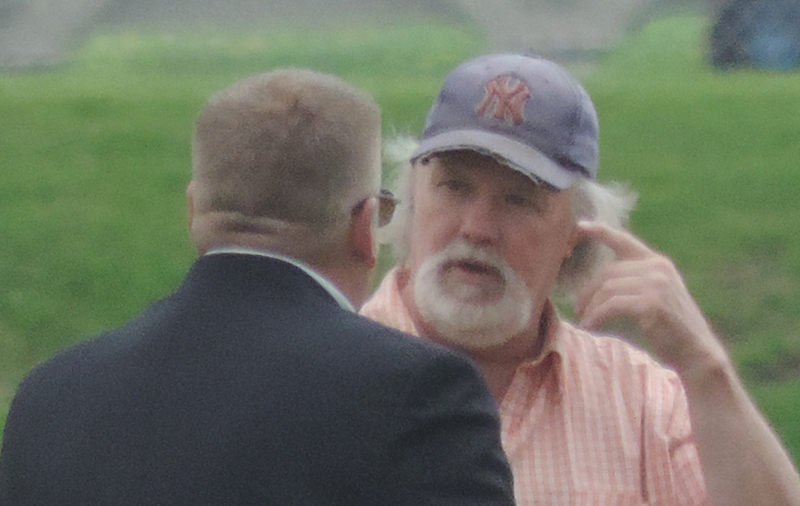 Are my sideburns even? Dam! I knew it. 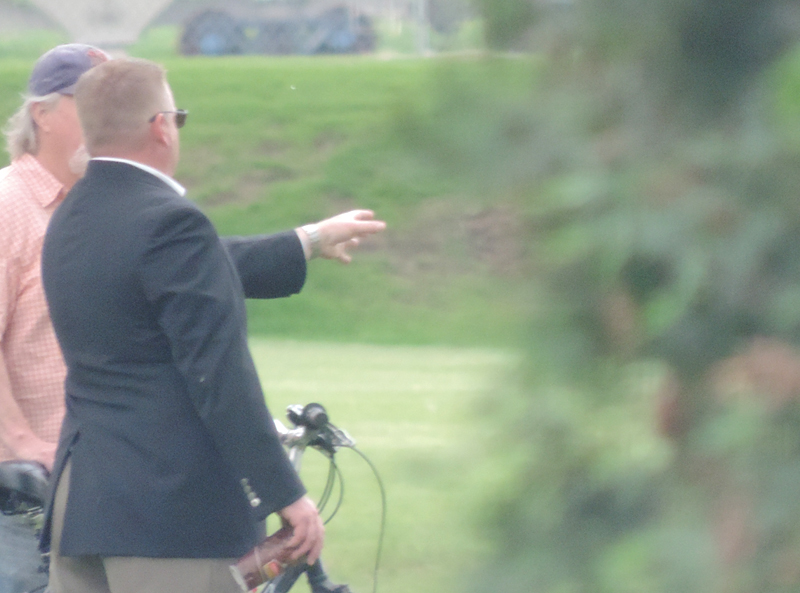 Weave, this cemetery is b-o-r-i-n-g. I propose a music pavilion over there, and perhaps a beer tent in that coordinate.  I think a hotel would work, too. Work with me on this.  I can have the council votes by this afternoon. 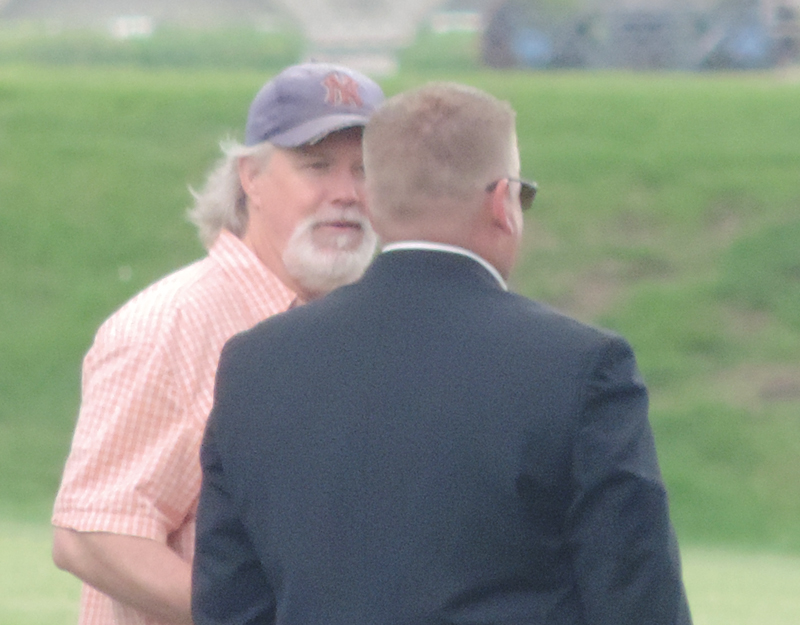 Hey Eric, I just got a funny idea. Let’s dress up as each other for Halloween! I’ll let you wear my Yankees cap if you let me wear your CIA sunglasses. 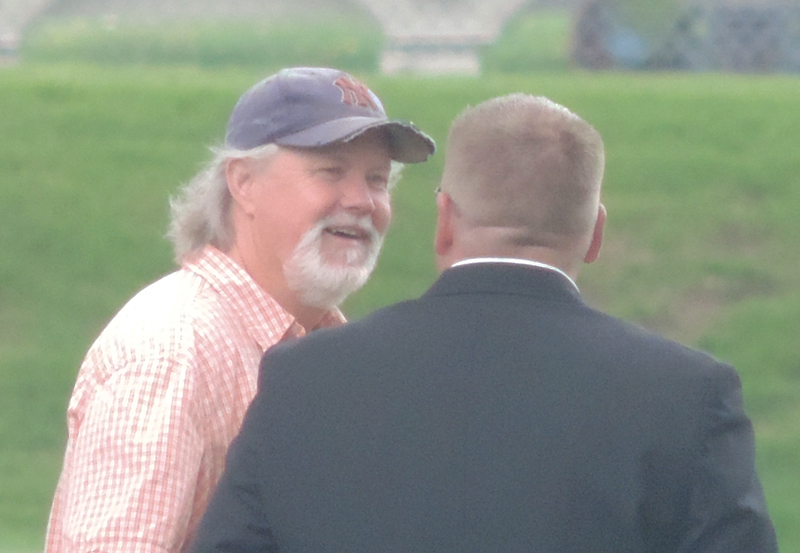 Eric, you say the cutest things! By God, you are adorable. I could just sop you up with a biscuit! 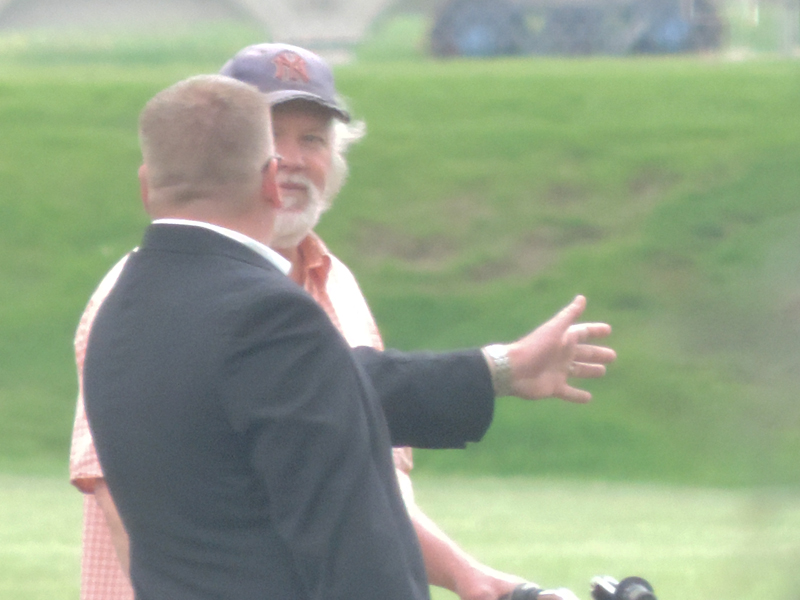 Most of the time I just walked up to them like this and said “My name is Eric and I want to be mayor” and the suckers almost always shook my hand and bought every word of my bullshit. 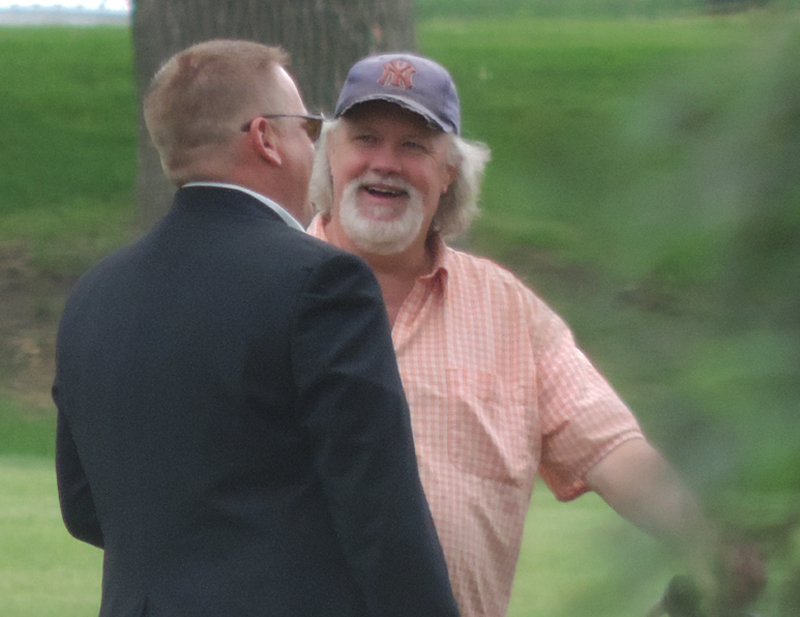 Weaver: Hey Eric remember all those times I messed with you at the council meetings? Man, you were pissed! Hahaha!
Bookmeyer: (Giggling like a schoolgirl) Well, that was highly inappropriate, but ya, you got me pretty good.

37 Responses to Pictorial: Weaver and Bookmeyer laugh it up in cemetery