“Neighborhood Hero” helps others dig out 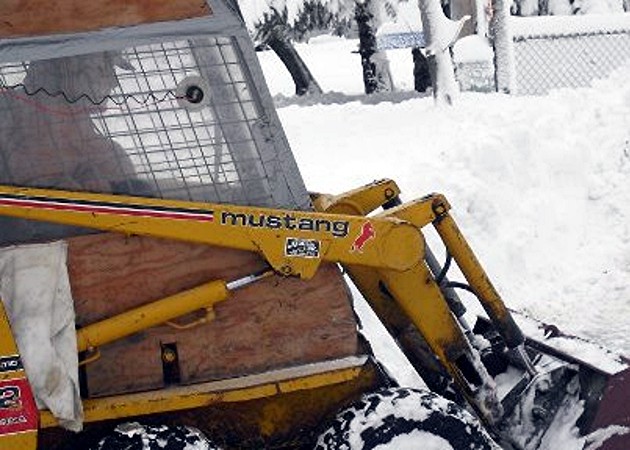 MASON CITY – At age 80, Paul Kitner, of 15394 Winnebago Ave., was out in his skid loader for four hours Monday afternoon getting himself and his neighborhood dug out.

“My father does the driveways of neighbors who are shut-ins and if he knows someone has been sick or can’t shovel themselves, he helps out. He watches and sees if any family comes and does it for them,” says his daughter, Kim Conell. “Some give him a little money and some don’t, he does it because he wants to.”

Paul makes sure that there is no snow in front of the mail boxes as he doesn’t want the mail carrier having a hard time trying to deliver mail.  “I feel sorry for her,” Paul said.  “It’s tough enough getting through on rural roads.”

He also cleans out a spot in the neighbors yard leading back to the gas tanks, so the men don’t have to crawl over snow banks to deliver LP.

“My father is 80 and still gets up at 5:30 every morning, he never misses work unless he is deathly ill, to my surprise, he called in this morning,” explained Kim.

“Well, our road didn’t get open till around 9:00 am, the neighbor had to get out and go to work, so he made sure he could. He is in love with his skid loader, he calls it his right hand man, it’s his buddy. He made the little cover that is on ‘skiddy’ with plywood and plexiglas, it keeps him very warm. My father is a very phenomenal man, he still works part-time at Bonanza. For four hours in the morning he is the maintenance man. He is still the hardest working man I know. It does get to his shoulders and hips being in it too long, but he will sacrifice to get the job done and to do it right!”