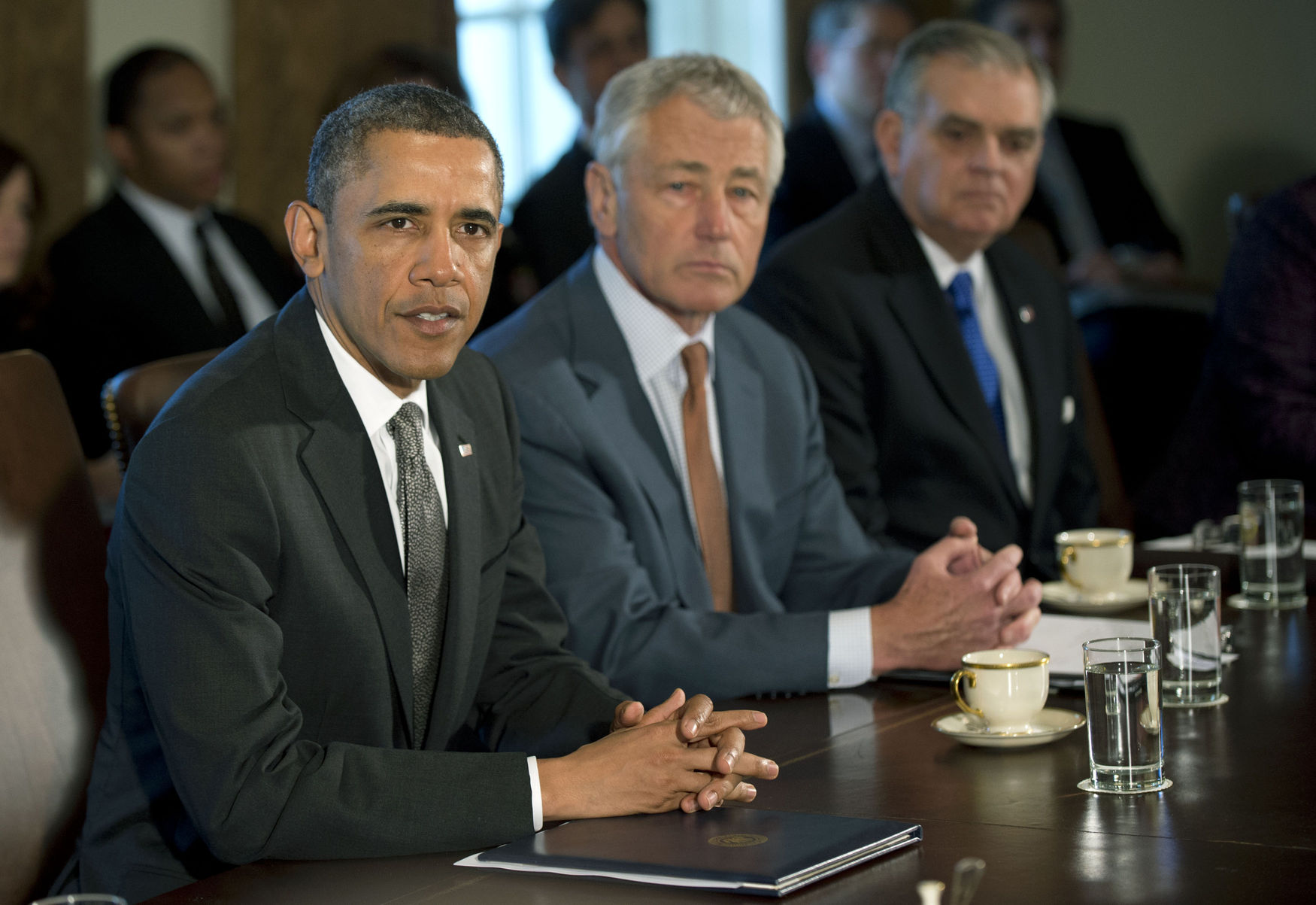 WASHINGTON, March 4 (UPI) — President Obama convened the first Cabinet meeting of his second term, welcoming familiar and new members and saying the agenda would focus on the sequester.

He welcomed Jack Lew, his former chief of staff and Office of Management and Budget director who is now treasury secretary, as well as former U.S. Sen. Chuck Hagel, recently confirmed as secretary of defense.

“Obviously, we’re going to be spending some time talking about the potential impact of the sequester on all the agencies and missions across the board,” Obama said of the automatic, $85 billion in spending cuts that went into effect Friday. “We are going to manage it as best we can, try to minimize the impacts on American families, but it’s not the right way for us to go about deficit reduction.”

He repeated his call for a balanced approach that “takes a long view” and doesn’t reduce commitment to areas such as education and basic research.

“And so I will continue to seek out partners on the other side of the aisle so that we can create the kind of balanced approach of spending cuts, revenues, entitlement reform that everybody knows is the right way to do things,” Obama said.

He noted that he outlined during his State of the Union a “very robust agenda” that would ensure “we’re doing everything we can to grow this economy and to help families thrive and expand their opportunities.”

Besides the budget, the Cabinet meeting would include discussions on comprehensive immigration reform, and initiatives such as early childhood education,” Obama said.

Also, he said, “We’ll have a chance to hear from [Vice President Joe Biden] and other members of the Cabinet about progress in reducing gun violence in this country.”

“So one of the things that I’ve instructed not just my White House but every agency is to make sure that, regardless of some of the challenges that they may face because of sequestration,” he said, “we’re not going to stop working on behalf of the American people to make sure that we’re doing everything we can to continue to grow this economy and improve people’s prospects.”