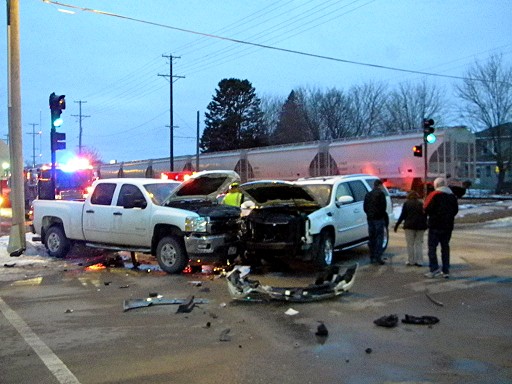 MASON CITY – A three car traffic accident last week on Mason City’s south side that involved injuries has lead to a charge of operating while intoxicated against a Mason City woman.

Kelley Renee Quinn, age 51, of Mason City, was taken to the Cerro Gordo County Jail immediately after the accident on February 8th, 2013 and later charged with OWI.

At the accident scene, located at South Penn and 19th Street SW, it was said that a black car driven by Quinn ran a stoplight. To avoid the car, a white SUV crossed a center line and hit an on-coming white pick-up truck.

Quinn was also charged with failure to respond to traffic signal and open container.

Just this past October, Quinn was charged with failure to maintain control of her vehicle and plead guilty.